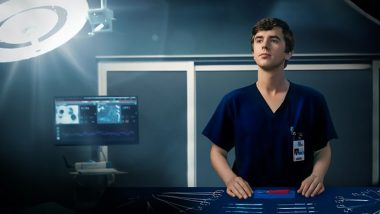 ABC's superhit medical drama The Good Doctor is premiering in the US on September 27 and Freddie Highmore is all set to reprise his role of Doctor Shaun Murphy in the series. Murphy is a gifted autistic surgeon who works at San Jose St. Bonaventure Hospital and helps his team of doctors with his valuable insights as the fans of the show witnessed some intense medical cases that the show offers which is even more exciting because of its stellar supporting cast. Interestingly, the first three seasons of The Good Doctor is available to stream online on Netflix but all the four seasons are available to watch online on the Sony LIV app. Grey’s Anatomy Season 18: Abigail Spencer to Reprise the Role of Owen Hunt’s Sister Megan in ABC’s Medical Drama

The Good Doctor Season 5 is all about new beginnings as Shaun and Lea are all about to get married after getting engaged in the previous season. Tony Award winner Rachel Bay Jones is the new addition to the show and the deets about her character is kept under wrap.

Sony LIV has acquired the streaming rights of The Good Doctor Season 5 in India. This means fans can follow Doctor Shaun Murphy's journey with Lea along with the US premiere exclusively on the Sony LIV app from September 28 onwards.

(The above story first appeared on LatestLY on Sep 27, 2021 03:07 PM IST. For more news and updates on politics, world, sports, entertainment and lifestyle, log on to our website latestly.com).