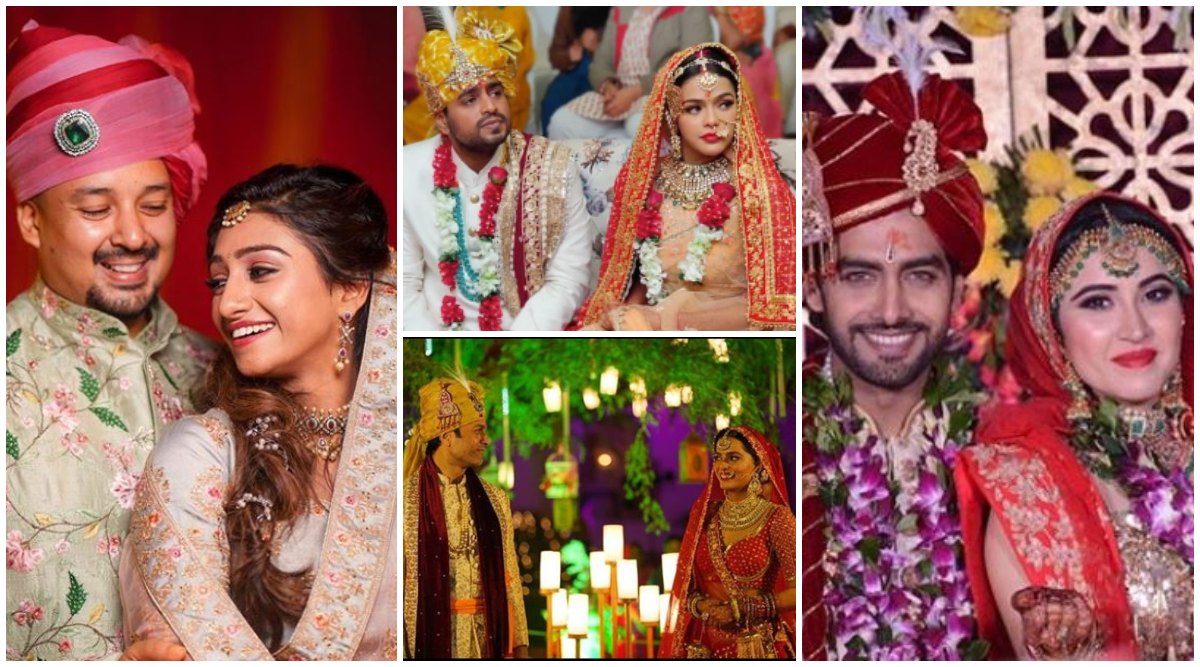 The wedding season never ceases, for the world is filled with hopeless romantics everywhere. And our tinsel town celebs are no less. While some go and find love on their own, others have a classic case of 'pairs are made in heaven' and end up marrying their soulmates. And in a year that has been particularly great for television celebs, here is a list of all the actors who took the big leap of faith and tied the knot with their better halves. Year Ender 2019: From Ekta Kapoor, Barun Sobti To Jay Bhanushali, Kapil Sharma... Here Are 10 Actors Who Welcomed Babies This Year.

After dating each other for more than 5 years on and off, January 22, 2019 was the date when dulha Rohit came to take his dulhaniya Sheena and that too without leaving any kasar behind, in a totally dreamy wedding.

One from their February 10th Sikh Wedding:

One from their May 29th South Indian Wedding:

Lovey Sasan and Koushik Krishnamurthy, whose is obviously an inter caste marriage tied the knot twice- as per both customs. On February 10, 2019 Lovey and Koushik first took vows in a Sikh ceremony and then in a south Indian ceremony on May 29, 2019. And both the ceremonies were WOW.

One From The Hindu Rituals:

#3months flew by @ripci.bhatia and it seems it all started just yesterday ❤ #ripsha #walkingonclouds #nowandforever #april20th #love😍 #gratitude PS - ...and the cutest photobomber between us, is not to be missed @charulmalik 😂🤣🤗🤗

Ssharad Malhotra and Ripci Bhatia tied the knot on April 20, 2019 in two wedding ceremonies - one a Sikh wedding and second a Hindu ceremony. 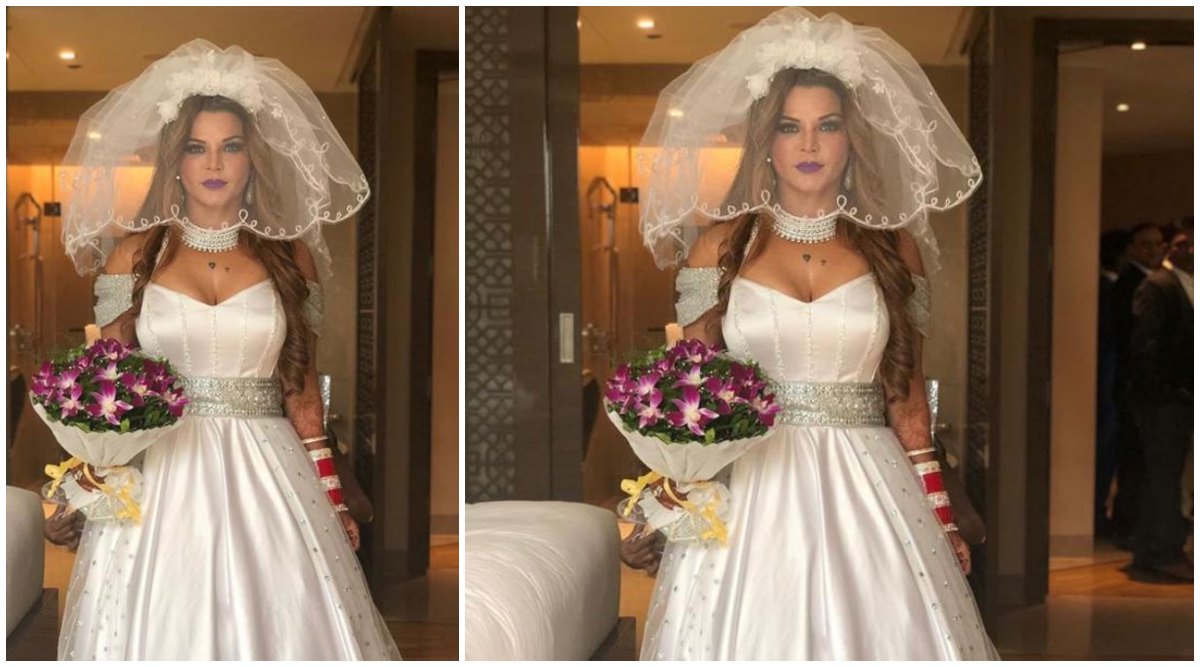 This got to be the most controversial wedding that there has ever been - for we did not know if it was true or not until Rakhi herself confirmed it on July 29, 2019. But guess what... we still haven't been graced with a darshan of Rakhi's mysterious husband Riteish.

Rewa ki Rajkumari Mohena married in style and how... the whole of Haridwar was in attendance to see the Princess marry her Prince charming on October 14, 2019. And even Prime Minister Narendra Modi graced the pair's reception.

As a bride you want everything on point.... And I can't thank my team enough for making my Big Fat Indian Wedding on point.... I love you guys 💞 . . . . Styled by @shailjaanand Outfit by @annus_creation Jewellery by @manubhaijewels Assisted by @aryasingh0311 Make up by @r_aj11111 Hair by @stylenscissors Pic by @cinemosunny . . . . #shivkirooh #lovelovelove #merifilmyshaadi #thankyougod

Ruhi Chaturvedi and Shivendraa Om Saainiyol tied the knot in Jaipur, on December 2, 2019 in grand celebrations over 3 days. 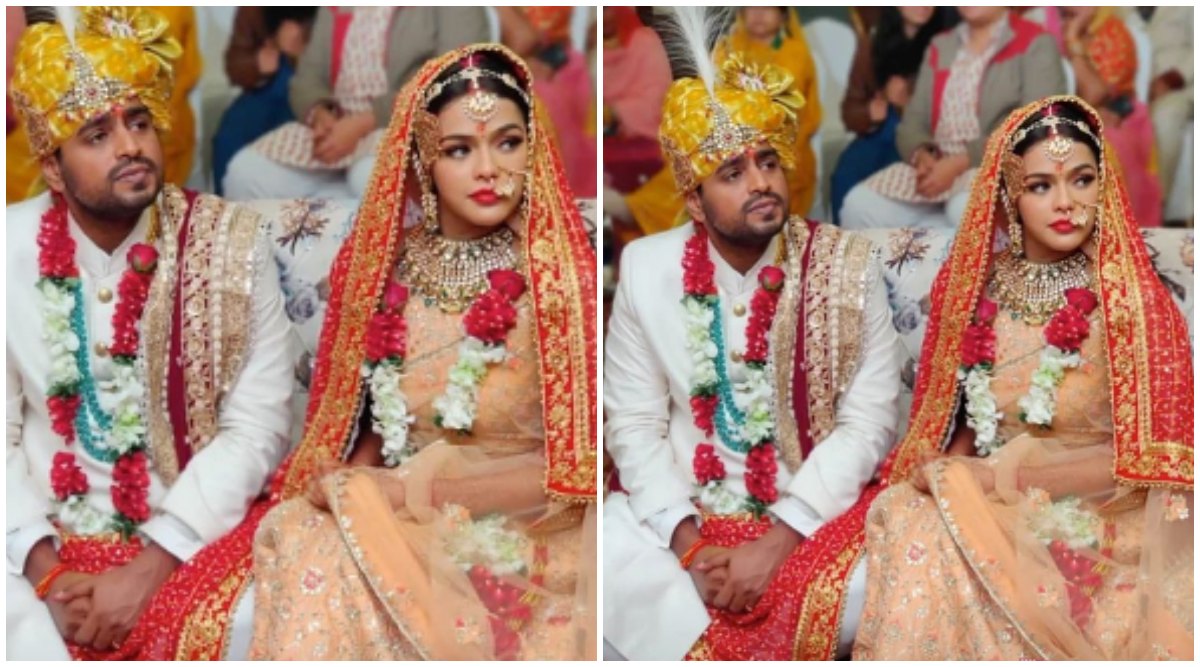 Kasautii Zindagii Kay 2 actress Sonyaa Ayodhya married her restaurateur boyfriend Harsh Samorre in Rajasthan on December 12, 2019 amidst much fanfare. Congratulations to all the power couples of 2019.