Over two lakh seats will be offered to students, but vacancies in top colleges are few, and hence the cut-offs will either drop slightly or see an increase. 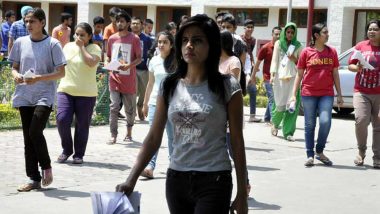 The second merit list for First Year Junior College (FYJC) admissions in Mumbai will be released today, July 16. Over two lakh seats will be offered to students, but vacancies in top colleges are few, and hence the cut-offs will either drop slightly or see an increase. Among all the colleges, Mithibai College in the city has already released the second cut-off list for its BA programme which stands for 94.2 per cent and B.Com with 90.60 per cent. The list for FYJC was released on July 15 on their official website.

Students less than 90 per cent could remain out of reach from the top colleges in the city. The principal of Jai Hind College, Ashok Wadia was quoted in a TOI report as saying, "We do not expect to see a drop in cut-offs. In fact, sometimes we see a jump in the second list because the applicant pool is different. In the science stream, the cut-off could be lower by a per cent." Again V G Vaze College in Mulund do not expect their cut-offs to go down and they have less than 15 seats for the general category candidates across the three streams.

It has been further stated in the same report that the education officials have asked students to confirm their seats if they get the college listed as a top preference. Due to heavy rainfall in Mumbai, the deadline for the FYJC admissions was also extended by a day. During the first round, around 7,000 candidates did not confirm their entries. If the students do not confirm their seats in the first preference admissions, may not get admissions in their aspiring colleges even if they have a higher percentage than the cut-offs set by the top institutes.

(The above story first appeared on LatestLY on Jul 16, 2018 10:23 AM IST. For more news and updates on politics, world, sports, entertainment and lifestyle, log on to our website latestly.com).