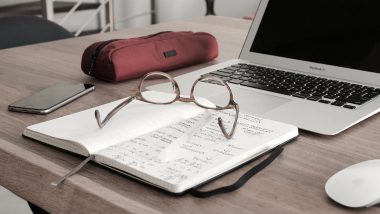 Lucknow, October 6: The Uttar Pradesh Subordinate Services Selection Commission (UPSSSC) on Wednesday released the revised answer key of the Preliminary Eligibility Test (PET) 2021. Candidates who appeared for the examination can download the UPSSSC PRT 2021 answer key from the official website of the commission - upsssc.gov.in.

The UPSSSC PET 2021 exam was held on August 24 in two shifts. The UPSSSC released the provisional answer key on August 24. Candidates raised objections till August 31. The revised answer key was released after changes had been made to the GAMMA 21 answer key. Reportedly three questions were found to be flawed. Meanwhile, the amendment was made to options for 1 question, reported The Scroll. ICAR PG 2021 Answer Key Released by NTA, Here’s How Candidates Can Download Answer Key Online at icar.nta.ac.in.

The exam was conducted in an offline mode following COVID-19 protocols. The draft answer key was released on August 31. Reportedly, around 20 lakh candidates appeared for the exam, which was conducted in 75 districts across Uttar Pradesh.

(The above story first appeared on LatestLY on Oct 06, 2021 12:56 PM IST. For more news and updates on politics, world, sports, entertainment and lifestyle, log on to our website latestly.com).