The BMC clean-up marshals to patrol posh streets of Mumbai, especially during morning and evening time, when the pet owners take their dogs for a walk outside. 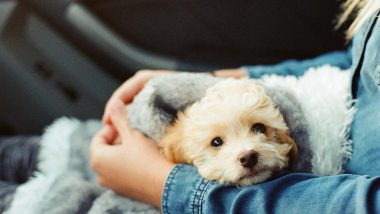 Mumbai, June 5: The Brihanmumbai Municipal Corporation (BMC) has once again started its drive against errant pet owners who do not clean their pet's poop while taking them for a walk to public places. The civic body in its relaunch drive has so far penalised 16 pet owners of posh South Bombay (SoBo) areas including Malabar Hill, Nepean Sea Road, August Kranti Marg and Peddar Road with Rs 500 each. According to a news report in The Times of India, the drive has been started to not just fine the errant pet owners, but also to educate them about picking up their pet's poop.

Vishwas Mote, the assistant commissioner of BMC -D ward area, was quoted as saying, "The drive has been started once again after they received complaints about dogs poop on roads, pavements and open spaces. Therefore we have instructed the clean-up marshals to patrol these streets, especially during morning and evening time, when the pet owners take them for a walk outside."

Furthermore, he added that the drive would continue until the pet owners of his ward understand that if their pet poops on the street, it has to be cleaned.

To keep streets clean, the BMC earlier also started the initiative of deploying clean-up marshals to keep an eye on such pet owners in the year 2007. The idea was started with levying a fine of Rs 500 on those pet owners who allow their pets to litter on streets. Pamphlets were distributed to create awareness about the drive. Further, the drive was extended on the 3.5 kilometres Marine Drive promenade in the year 2016. The decision was taken after BMC received similar repeated complaints about pet poop making it difficult for joggers to jog on the promenade.

(The above story first appeared on LatestLY on Jun 05, 2018 11:23 AM IST. For more news and updates on politics, world, sports, entertainment and lifestyle, log on to our website latestly.com).