Nattaa: The Politically-Neutral Network Putting ‘Social Back Into Social Media’ 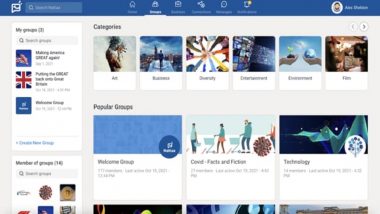 The social network - which encourages open debate among members - has been set up as an alternative to the administrator-controlled digital advertising platforms that major social media channels have now become.

With Nattaa, users of all ages can communicate and engage in political conversation with confidence. Security and privacy features are in place to protect user data.

Moderators keep the network free of racism or hate speech, ensuring posts remain within the boundaries of common decency.

Co-Founder of Nattaa Alex Sheldon said the aim of the platform was to “put the social element back into social media”; removing biased advertising and refusing to push products or viewpoints onto others.

Sheldon said: “Over the years, we’ve stood by and watched as many popular social media channels have descended into little more than digital advertising platforms with brand visibility sold to the highest bidder. The original purpose has been lost.

“We’ve also seen moderators ban or banish users for speaking out with an opinion that doesn’t match with their own political allegiance, and we felt that enough was enough.

“Nattaa.com is a new type of social network where members are invited to share their thoughts without fear of being removed for having an opinion. We’ve made it our mission to reinstate the community-centric ideal that many platforms were first created for.”