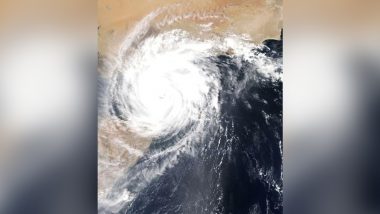 Mumbai, April 23:  The island city 'Mumbai' soon to get more private mini weather station grids according to a newspaper report of ‘Deccan Chronicle.’ The report states, Ankur Puranik, a technocrat- entrepreneur and founder of Disaster Amateur Radio Emergency Services (DARES) is in touch with his several colleagues, friends to fulfill this vision. Puranik told Deccan Chronicle , "In Mumbai there are several people who have mini weather stations, but they don't have interface or interaction with the public. Therefore, we are going to have these mini weather stations for public use."

Puranik further added, last week he started his own mini weather station and thereafter, several friends in his circle had come forward with an opinion to increase the network. Hence, they have decided to set up various mini weather stations in parts of Mumbai and neighbouring districts like Palghar, Thane and Raigad.

As per the report, this weather stations will help to provide indoor and outdoor temperature details, atmospheric pressure, rainfall, wind speed- direction, humidity, Ultraviolet light, etc. While the mini stations are available online at price range of Rs 8,000 to 20,000. Puranik remarked he want more amateurs to chip- in and install such weather stations where there is no network.

(The above story first appeared on LatestLY on Apr 23, 2018 02:51 PM IST. For more news and updates on politics, world, sports, entertainment and lifestyle, log on to our website latestly.com).