BJP's campaign for the coming Assembly elections in Telangana is expected to get a boost with party president Amit Shah addressing a public meeting at Karimnagar on October 10. 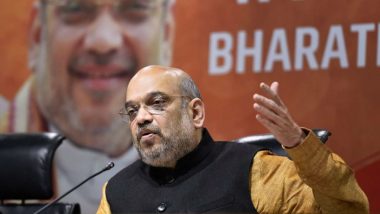 Shah had kicked off the party's campaign for the assembly polls by addressing a meeting at Mahabubnagar on September 15. In his speech, he had attacked the TRS regime in Telangana for bringing in early elections and for not implementing the party's 2014 election promises like making a Dalit leader the Chief Minister.

Laxman had earlier said the party's national leaders, including Union Ministers, would also take part in the campaign. Accordingly, Union Textiles Minister Smriti Irani had addressed a meeting for women, organised by the party at Chegunta near here last week.

BJP has announced that it would go it alone in the Assembly polls.

The polls were originally scheduled to be held simultaneously with the Lok Sabha elections next year. However, the assembly was dissolved prematurely last month, which necessitated elections ahead of schedule. The election schedule is yet to be announced.