In his letter addressed to the University Vice-Chancellor Malabika Sarkar, Arvind Subramanian said he was leaving because the circumstances involving Pratap Bhanu Mehta's exit. 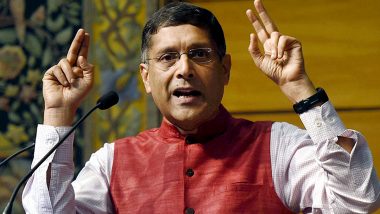 "The circumstances involving the “resignation” of Professor Pratap Bhanu Mehta, who is not just a dear friend but a truly inspirational national figure, have devastated me," Subramanian wrote. Mehta. who often questions the ruling establishment in his writing and public appearances, resigned as professor from Ashoka University Tuesday. This came less than two years after he stepped down as Vice-Chancellor of the institution.

Describing Ashoka University's "inability" to provide a space for academic expression and freedom, Subramanian said the varsity's "commitment to fight for and sustain the Ashoka vision is now open to question makes it difficult for me to continue being part of Ashoka". "So it is with a sense of deep regret and profound sadness that I am writing to submit my resignation," he added. His resignation will take effect from the end of this academic year.

Subramanian, after his exit as Chief Economic Advisor, has targeted the Modi government over a range of economic issues. In 2019, he made a sensational disclosure that India's GDP has been overestimated by an astronomical 2.5 percentage points between 2011-12 and 2016-17.

(The above story first appeared on LatestLY on Mar 18, 2021 12:12 PM IST. For more news and updates on politics, world, sports, entertainment and lifestyle, log on to our website latestly.com).