Bhopal Horror: 6-Year-Old Boy Killed by Stray of Dogs in Front of His Mother 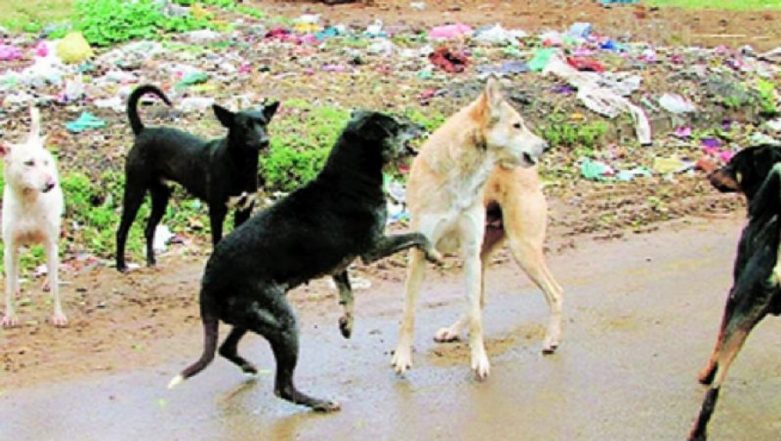 Bhopal, May 11: In a horrific incident reported from the Madhya Pradesh capital, a 6-year-old boy was killed by a bunch of stray dogs before his mother. The deceased, identified as Sanju, was encircled by the pack of dogs in a playground on Friday. In the subsequent attack by canines, the boy incurred fatal injuries.

The incident was reported from Awadhpuri area of Bhopal last evening. Sanju, who lived in Shiv Sangram Nagar locality along with his family, was playing in a playground, located only 300 metres away from home, in the evening. When Sanju's mother went out looking for him, she saw her son was being viciously attacked by the dogs. Mumbai Housing Society Slaps Rs 3.60 Lakh Fine For Feeding Stray Dogs

She raised an alarm in the locality, but by the time the neighbours arrived, the dogs had inflicted severe wounds. The child was rushed to the nearest hospital but was declared dead on arrival.

Bhopal Mayor Alok Sharma expressed sorrow and regret over the incident, saying that the municipal corporation's efforts crackdown on stray dogs has been hindered by animal rights' groups and certain judicial guidelines.

The civic body would be moving amendments to the law in order to eliminate the menace of stray dogs, he said, adding that the lives of several residents could be put to risk due to the dangerous canines.