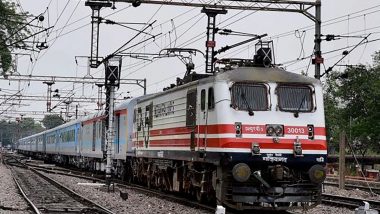 The train left Hazrat Nizamuddin station at 2:05 pm. Mathura was its next stoppage. However, due to bong scare, the train has been stopped at old Faridabad Railway Station. Security agencies are currently checking the train so that the bomb could be diffused on time. Senior officials also reached the spot. More details are still awaited. Tamil Nadu: Bomb Hoax at Rameswaram Railway Station.

(The above story first appeared on LatestLY on Dec 29, 2020 06:00 PM IST. For more news and updates on politics, world, sports, entertainment and lifestyle, log on to our website latestly.com).