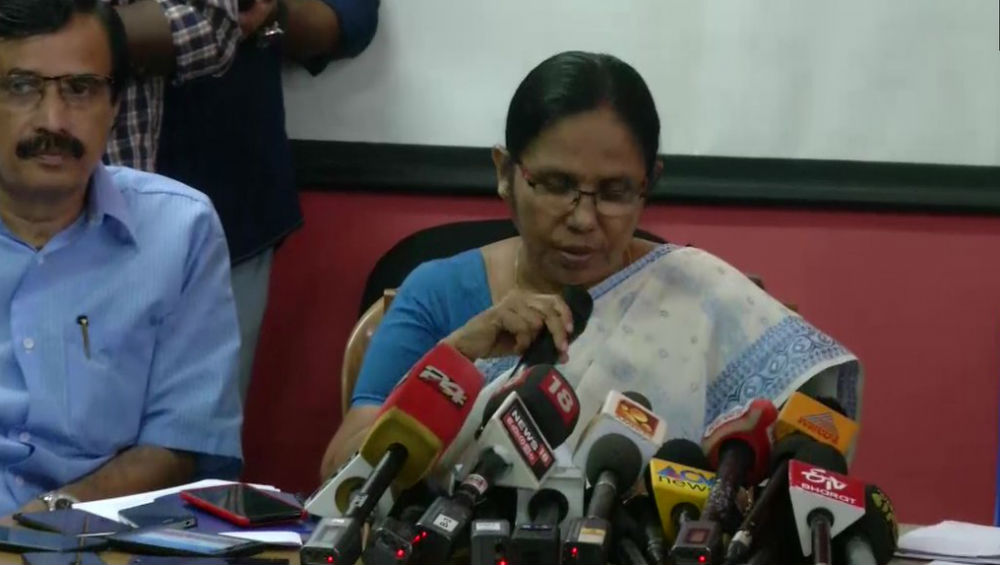 Kochi, January 31: Kerala Health Minister KK Shailaja on Friday confirmed that another person has been admitted to Thrissur General Hospital with symptoms of deadly novel coronavirus (2019-nCoV). According to a latest update, the person infected with virus in the southern state has been shifted from Thrissur General Hospital to the isolation ward of Thrissur Medical College due to security reasons. Shailaja informed that 15 persons are under surveillance in the state of which, 9 are in isolation wards and rest are being monitored at home.

On Thursday, the state Health Minister confirmed India's first-ever positive case of coronavirus in Thrissur area of Kerala. Reports inform that a girl student who returned from China's Wuhan has tested positive of the virus. Shailaja, however, said there is no need to panic, adding the girl is being kept in isolation in a hospital and her condition is stable and improving.

Kerala Health Minister KK Shailaja: Another person has been admitted to Thrissur General Hospital with symptoms of #Coronavirus. 15 persons are under surveillance in the state. Of these, 9 are in isolation wards and rest are being monitored at home. https://t.co/zSmRxLY3OA

In the wake of the scare of the coronovirus, the Minister said instructions have been given to all state-run hospitals to see that proper steps are taken to face any eventuality. According to health department of Kerala, around 800 people are under observation with 10 in hospitals and the rest at their homes.  Coronavirus Outbreak: 'Hidden' Animal Spreading Deadly Chinese SARS Virus, Says Lancet Study.

On Friday, the World Health Organization (WHO) declared the coronavirus outbreak a global health emergency as the death toll in China rose to 170. More than 7,800 cases are reported to be confirmed in almost 20 countries so far. Apart from China, the countries that have been affected by the virus include Hong Kong Macau and Taiwan, other countries with confirmed cases include Thailand, Singapore, Malaysia, Vietnam, Cambodia, South Korea, Japan, Nepal, Sri Lanka, Canada, United Arab Emirates, Finland, Australia (two new cases reported Thursday), France and Germany.