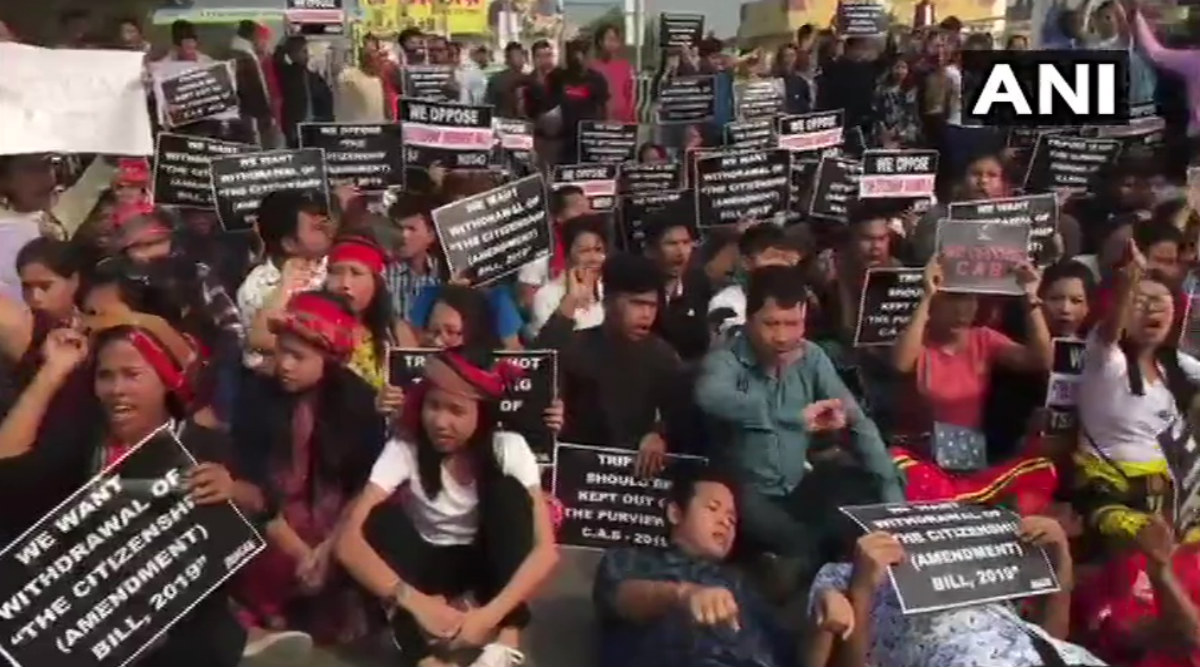 The Northeast Students' Union is staging a protest against the bill at Jantar Mantar. People from various walks of life and across organisations have joined the stir. Citizenship Amendment Bill 2019: Massive Protest in Assam Against CAB, Students Take Out Candle March - Watch Video.

The CPI(M)'s Delhi state committee members will also hold a protest at the same venue against the contentious bill, which was passed in the Lok Sabha on Monday. CPI(M) MPs had earlier held a protest near the Gandhi statue on the Parliament premises.

Another protest, organised by various civil society groups, is scheduled to be held in the evening against the Citizenship Bill as well as the National Register of Citizens (NRC).