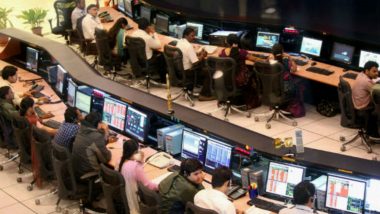 New Delhi, June 30: The launch of India’s first human space mission Gaganyaan will not be affected by COVID-19 pandemic, the government said on Monday. Union Minister Dr Jitendra Singh said that Gaganyaan's launch will not be halted or affected by the coronavirus pandemic, adding that  preparation are carrying on in the right direction. In his address, Singh said that even though because of COVID-19, the training of four Indian astronauts in Russia had to be halted, yet the opinion of Chairman ISRO and the scientific team is that there had been kept a “cushion” both in the training programme and launch deadline.

Singh informed about the important achievements of Indian Space Research Organisation (ISRO) and the Department of Space over the last one year and some of the important missions planned for the future. He said the training of astronauts has now been resumed and the launch is scheduled to take place as planned, before the 75th anniversary of India’s independence in 2022. Gaganyaan Mission: Egg Rolls, Idli, Moong Dal Halwa for Indian Astronauts Set to Fly for India’s Maiden Manned Mission to Space; See Pics.

Talking about Chandrayaan-3 Lunar mission, the Minister said, at present, it is planned for launch next year. This mission will involve a lander, rover and a propulsion system to carry the modules to move but it would not have orbiter as the previous orbiter is fully operational.

In the last week, ISRO chief K Sivan had said that 10 space missions being prepared for launch this year have been “disturbed” due to the coronavirus-induced lockdown besides delay in the human space and Moon missions.  Earlier this month, ISRO officials had said that Gaganyaan may face some delay with preparations adversely impacted due to the COVID-19-induced lockdown. Bengaluru-headquartered ISRO had earlier said it has planned two trial flights without crew ahead of Gaganyaan — the first one around December 2020 and the second around July 2021.

(The above story first appeared on LatestLY on Jun 30, 2020 08:37 AM IST. For more news and updates on politics, world, sports, entertainment and lifestyle, log on to our website latestly.com).