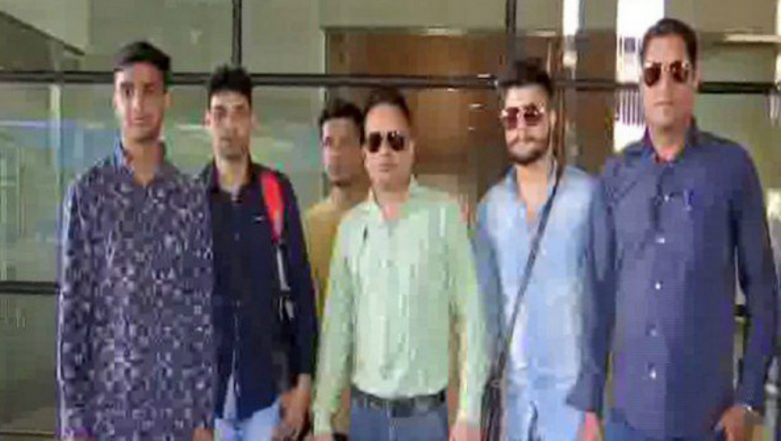 Mumbai, March 24: Five Indian crew members of a cargo vessel arrived in Mumbai Sunday after spending 13 months in a jail in Greece. They were on board merchant cargo vessel `MV Andromeda' that had set sail from Cyprus to Libya in December 2017.

The ship anchored in Turkey for repairs and then proceeded to its destination. However, in January 2018, when it reached Greece, authorities detained the ship on charges of carrying explosive material.

Addressing the media here, one of the five sailors said he had last seen his daughter when she was four months old. "Now she is two years old and has started walking. And I was not there to see this," he said.