Jammu And Kashmir: One Terrorist Neutralised by Security Forces in Bandipora Encounter 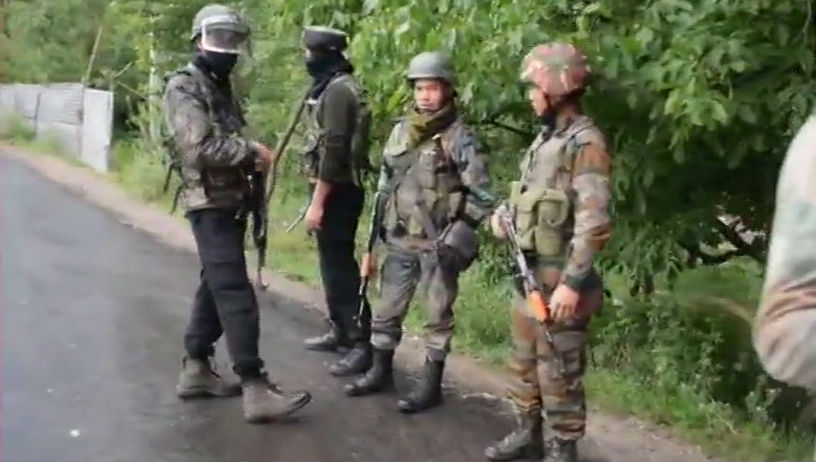 Bandipora, November 10: A gunfight broke out between security forces and terrorists in Bandipora district of north Kashmir on Sunday. According to the Indian Army, one terrorist has been neutralised in the encounter that broke out in the afternoon.  However, the identity of the deceased terrorist is yet to be ascertained. Al-Qaeda Offshoot Ansar Ghazwatul Hind Wiped Out from Kashmir, Says Jammu and Kashmir DGP Dilbag Singh.

The military operation is still underway. No security personnel have sustained injuries in the gunfight. More details are still awaited. The encounter broke out after a joint team of Indian Army, Special Operations Group (SOG) and Central Reserve Police Force (CRPF) launched a cordon-and-search-operation in the area. The security personnel retaliated strongly. Jammu & Kashmir: Apple Trader From Punjab Killed by Terrorists, 2 Days After Rajasthani Truck Driver Was Shot Dead.

The operation was launched in Lawdara village of the district following specific inputs about the presence of terrorists in the area. As the security forces approached the area, the terrorists open fire.

Last month, three terrorists of Ansar Ghazwatul Hind were neutralised in Tral. The terrorists were identified as Hameed Lone alias Hamid Lelhari, Naveed Ahmed Tak and Junaid Rashid Bhatt, all residents of Pulwama district. They were part of the Zakir Musa group.