Jammu-Srinagar Highway Closed Due to Landslide in Ramban 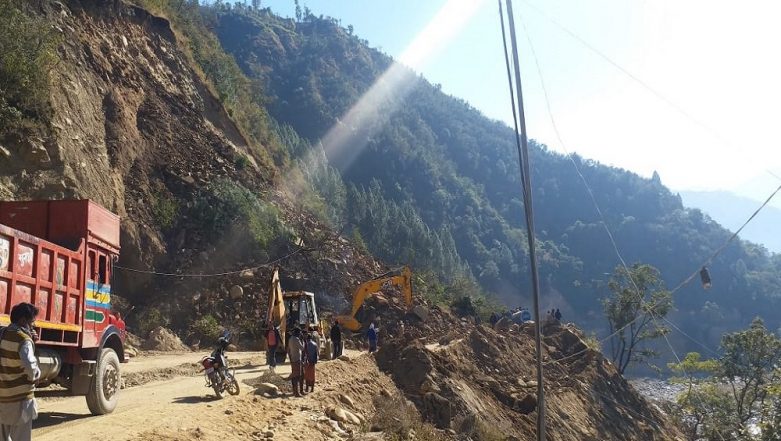 Banihal, May 14: The Jammu-Srinagar national highway was closed for traffic on Thursday due to a landslide in Ramban district that left over 1,500 vehicles stranded, officials said.

The 270-km highway, the only all-weather road linking Kashmir to the rest of the country, was blocked by a landslide at Digdol area. As a result, over 1,500 heavy motor vehicles (HMVs) and 200 light motor vehicles (LMVs) are stranded at different points, the officials said.

Senior Superintendent of Police J S Johar said men and machinery had been deployed to clear the area, adding that are a large number of people were stranded in traffic.

The SSP said there would be no movement from Jammu to Srinagar on the highway until the debris are cleared. The highway had remained closed from May 9-11 due to landslides and one-way traffic was allowed on the highway, the officer added.