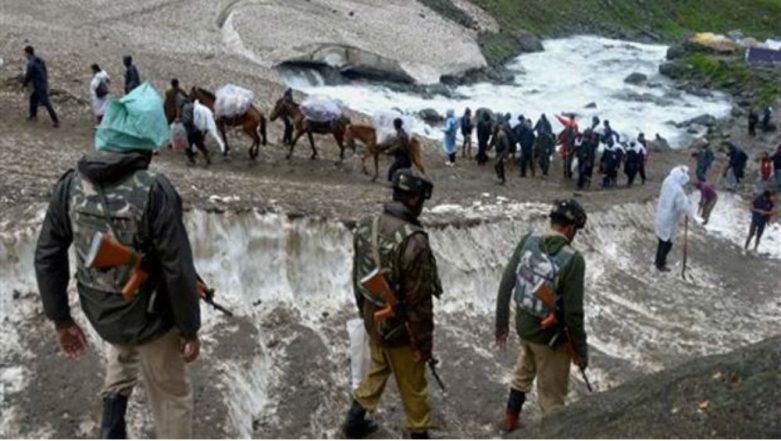 New Delhi, May 15: The annual Kailash Mansarovar Yatra, which is scheduled from June 8 to September 8, will for the first time incorporate a computerised draw of lots to select pilgrims, with preference being given for senior citizens and fresh applicants, external affairs ministry announced Wednesday."Preferences of fresh applicants and senior citizens have been incorporated into the new software used for the draw of lots, which is being held for the first time for the Yatra," Foreign Secretary Vijay Gokhale told reporters here.

The computer-generated random selection process was conducted today to select Yatris for the Kailash Mansarovar Yatra 2019. A new helpline has also been launched for Yatris, Gokhale said."Emails received from Yatris are regularly monitored and applicants are suitably advised in a time-bound way," he added."It is our hope and endeavour that we provide the first chance to those who did not have the chance to go to the yatra, the first-time applicants and we give priority to them. And, of course, to senior citizens as well," Gokhale said.

The Ministry of External Affairs organises the annual Yatra via two different routes - Lipulekh Pass (Uttarakhand) and Nathu La Pass (Sikkim). Thousands of devotees participate in the Yatra through a treacherous route that crosses territorial boundaries of India, Nepal and China.

This year 3021 applications were received, the foreign secretary said."It has been the Ministry's consistent effort to get as many applications as it can as the Yatra is important not only for those going for spiritual or religious purposes but also to build relations between India and China, " Gokhale said.

According to the schedule this year, 18 batches will trek across the Lipulekh pass in Uttarakhand while 10 other batches will go via the Nathula route to Sikkim, the foreign secretary said. Each batch comprises 50 people. While the Liplekh route passes through a very mountainous area, the fully motorable Nathu La route that opened a few years ago requires minimum walking and will, therefore, help senior citizens participating in the yatra."Since last year, we have also decided to keep two liaison officers with each batch of Yatris. This also assists senior citizens, help in better coordination," Gokhale saidHe further noted that consistent efforts have been made to make the Yatra website as pilgrim-friendly as possible.

The Foreign Secretary also urged the pilgrims to strictly observe safety norms, for themselves and also for their fellow pilgrims, particularly on the Liplekh route which is a very mountainous area. He also urged travellers to help "protect and preserve" the fragile environment in the Himalayas.