No major defence projects under the “Make in India” campaign has been initiated in the last six years. Projects around Rs 3.5 lakh crore are stuck at various stages. Meanwhile, the defence ministry, again and again, saying that several measures have been taken to promote indigenous defence production including revisions in the DPP and FDI policy. 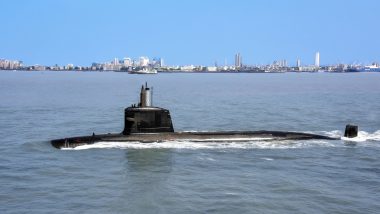 According to a report published in The Times of India, The new project to manufacture around 7,50,000 Kalashnikov AK-203 assault rifles in a joint venture with Russia at the Korwa ordnance factory in UP, is expected to take off first. The contract for the manufacture of AK-203 rifles is expected to be inked by early next year.

The Indian armed forces’ demand to replace ageing obsolete single-engine Cheetah and Chetak fleets with new light utility choppers is also pending for the last 15 years. Meanwhile, under the “strategic partnership” model, the first project will be to fulfill the Navy’s demand for 111 armed, twin-engine utility choppers at the cost of over Rs 21,000 crore, reported TOI.

However, only four Indian firms - Tata, Adani, Mahindra Defence and Bharat Forge - and three foreign manufacturers - Airbus, Kamov and Lockheed Martin-Sikorsky- were recently shortlisted for this ptoject. Defence PSU Hindustan Aeronautics has not been considered for the project. IAF Mulls Upgrade in Its Fleet With Rs 1.5 Lakh Crore ‘Make in India’ Deals for 170 Aircraft.

The project 75-I for building six new stealth diesel-electric submarines under SP model has also not been completed. Till now only two submarines – INS Kalvari and INS Khanderi were commissioned. The project was approved in November 2007 at the cost of over Rs 50,000 crore. Another project to manufacture 200 Kamov-226T light-utility helicopters for the Indian Army for over USD 1 billion was inked in December 2015 with Russia. According to the report, this project is also in the technical evaluation stage over the “low level of indigenisation” being offered by Russia.

(The above story first appeared on LatestLY on Dec 02, 2019 09:34 AM IST. For more news and updates on politics, world, sports, entertainment and lifestyle, log on to our website latestly.com).