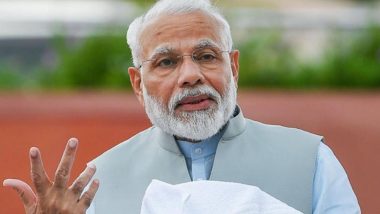 Earlier this month, the Prime Minister had invited ideas and inputs for today's episode on Mann ki Baat. This will be the first radio programme by PM Modi after the government announced Unlock 1.0. "I look forward to your ideas and inputs for Mann Ki Baat, which will take place on June 28. You can: Record a message by dialling 1800-11-7800. Or, write on MyGov or NaMo app," the tweet had said.

Tune in tomorrow at 11 AM! #MannKiBaat pic.twitter.com/18L6NQo6sS

In his last 'Mann ki Baat' on May 31, the Prime Minister said all classes of people have suffered during the pandemic but it is the poor who have suffered the worst. In his monthly ''Mann ki Baat'' broadcast, Modi said that the poor and labourers have been hit the hardest by the coronavirus crisis and that their pain cannot be explained in words.

The Prime Minister said continued efforts to make Eastern India the growth engine of our nation. He said a big part of economy has reopened, with railway and air traffic being resumed partially and set to be scaled up in the coming says. "You need to be extra careful now," he said. The Prime Minister noted how India has fared much better than many parts of the world in fighting the pandemic and also lauded innovative spirit and the sense of service shown by people in different parts of the country.

(The above story first appeared on LatestLY on Jun 28, 2020 08:20 AM IST. For more news and updates on politics, world, sports, entertainment and lifestyle, log on to our website latestly.com).