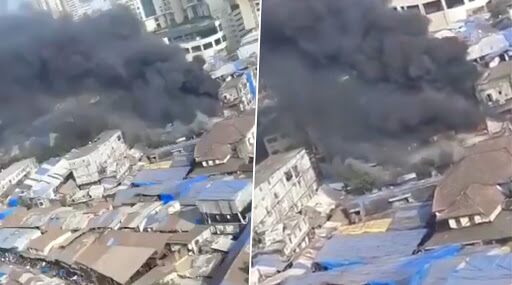 The blaze was captured on camera by several users on micro-blogging site Twitter. A close look at the video shows that the massive blaze partially damaged several shanties. The cause of the fire is yet to be ascertained.  Mumbai: Fire Breaks Out at Commercial Building in Andheri, 4 Fire Tenders at Spot.

In December, a massive fire broke out at a chemical godown in Mumbai's suburban Ghatkopar this evening. The fire, which broke out in the industrial gala at Subhash Nagar in Sakinaka, was declared a Level 4 fire. It was spread over 30 to 35 godowns containing various chemicals.