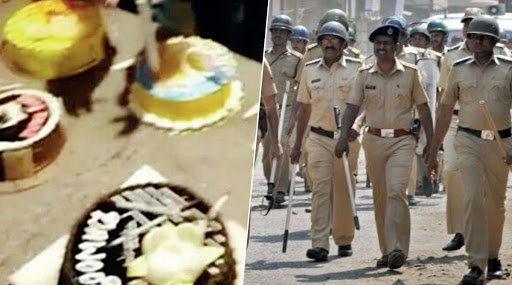 Mumbai, December 29: Mumbai Police's crime branch on Saturday detained few people from Dongri area of the city for allegedly celebrating underworld don Dawood's birthday. Police have claimed that they took the action after the local youth who were found celebrating the birthday of fugitive don, who is accused for the 1993 serial blasts in Mumbai.

According to the police, the crime branch took the prompt action after they learnt about the celebrations where youth shared photographs of birthday cakes on social media. The police had identified that the messages -- Happy Birthday Boss -- were shared by one Shera Chikna. Joint Commissioner of Police Santosh Rastogi stated they are inquiring into the matter. New Year 2020 Parties in Mumbai: BMC Plays Spoilsport for Lower Parel Restaurants, Bars Hosting of HNY Eve Parties on Rooftops.

Considered as den of Ibrahim once, Dongri has been under the watch list of Mumbai Police, who are probing who else were there in the party. However, later it was found out that a young man from Kurla had celebrated his friend Dawood's birthday in a BKC hotel and posted on social media to gain publicity. On further investigation, it was found out that Shera Chikna celebrated the birthday of his friend Dawood Hashmi, said Ajay Sawant.