The prosecution told the court that the deceased woman was in a relationship with another man, which Konar did not approve of. 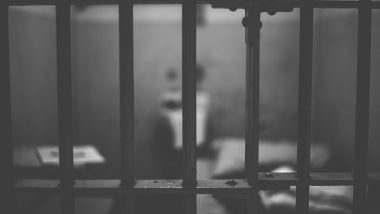 Mumbai, May 1: A sessions court in Mumbai on Thursday sentenced a 31-year-old bank employee to life imprisonment for murdering a sex worker in March 2015. Police officials said that the accused, who used to regularly visit the sex worker killed her after he learned about her growing intimacy with another man.

According to a report in the Hindustan Times, the convict identified as Kumaran Konar (31), a resident of Kanyakumari used to regularly visit the sex worker and even stay with the victim. Mumbai Shocker: 22-Year-Old Kills Childhood Friend Over Rs 3,000, Dumps Her Body Near Madh Beach.

The alleged incident took place on March 31, 2015, when the woman was standing near Alexandra Theatre at Nagpada junction in south Mumbai. At around 9:15 pm, the accused approached the woman from behind, held her hands, and slit her throat before fleeing the spot. While the woman was immediately rushed to the hospital, she was declared dead.

At the time, the Nagpada police had registered a murder case, and the next day arrested Konar from Mumbai Central railway station. As per reports, the public prosecutor had examined all the 12 witnesses, including two eyewitnesses, who were present at the scene of the crime when the alleged incident had taken place. Maharashtra Shocker: 19-Year-Old Girl, Two Minor Boys Arrested for Bludgeoning Man to Death With Stone and Iron Pipe.

During the trial, the accused, who is married and has two children aged 15 and 8 claimed that he was falsely implicated in the case.

While announcing the verdict, the court observed, "It appeared from the record that the investigator has investigated the case from all points. When eyewitnesses vividly demonstrated the act of the accused, then there is no requirement of other evidence. Instead, there is nothing to suggest that the deceased was having any enmity with other persons (eye witnesses)."

(The above story first appeared on LatestLY on May 01, 2022 04:56 PM IST. For more news and updates on politics, world, sports, entertainment and lifestyle, log on to our website latestly.com).