The Amboli police have arrested two men for allegedly impersonating Narcotics Control Bureau (NCB) officials and allegedly blackmailing and trying to extort Rs 20 Lakh from a 28-year-old actress, thereby driving her to end her life 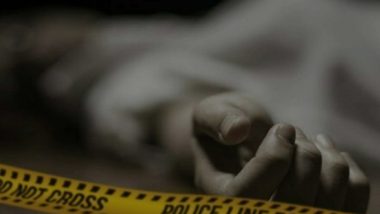 The main accused identified as Suraj Pardesi (32), and Pravin Walimbe (28) were arrested for posing as NCB officers, according to a report in The Indian Express.

The police said the actress who used to work in Bhojpuri movies and stayed on rent at Jogeshwari (West), died by suicide at her residence on December 23 as she was threatened by the accused. Following the woman’s death, her friend narrated her ordeal to the police

During the investigation it was found that, on December 20, at around 11.30 pm, the victim and her friends were called by one of the accused involved in the case, at a five-star hotel through a common friend, the police claimed in the statement.

The police were further informed that one of the actor’s friends, Asir Kazi, who was partying with her, was also part of the extortion racket.

He added, "The victim and her friends requested the accused to settle the issue after which they demanded money to avoid the case. The victim who had been facing repeated pressure from the accused, finally committed suicide."

Meanwhile, the NCB have clarified that the accused had no association with them.

(The above story first appeared on LatestLY on Dec 26, 2021 05:02 PM IST. For more news and updates on politics, world, sports, entertainment and lifestyle, log on to our website latestly.com).