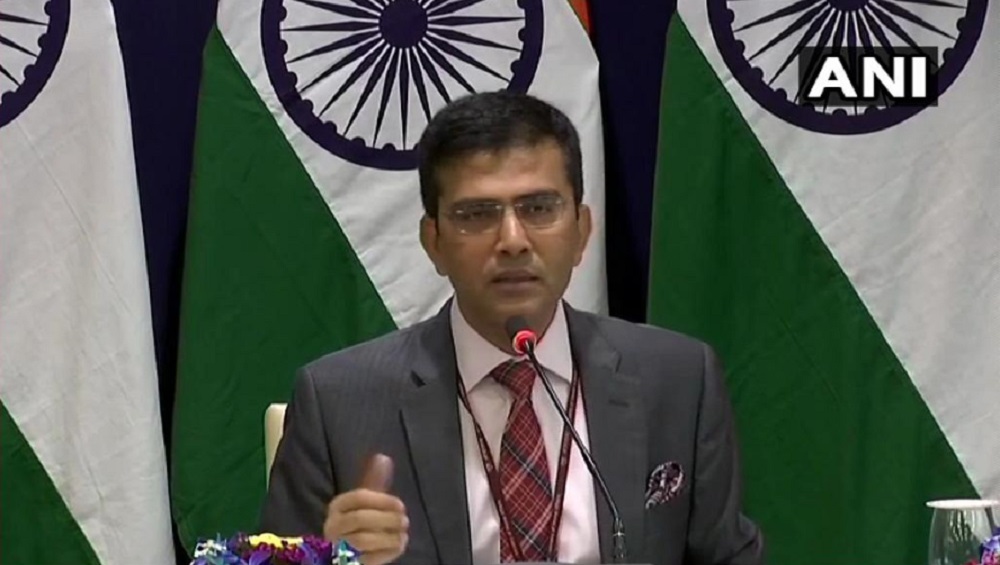 New Delhi, December 6: The Ministry of External Affairs (MEA) on Friday reacted to Swami Nithyananda's legal team's bid to form  a sovereign nation in Ecuador. The government dismissed the possibility of a sovereign nation by the rape-accused godman, claiming that the process is not as simple as setting up a website portal on the internet. Nithyananda, Rape-Accused Self-Styled Godman, Being Probed By French Government Over Alleged $400,000 Fraud.

MEA spokesperson Raveesh Kumar, during the press briefing on Friday, said the passport of Nithyanand already stands cancelled and his location is being rigorously searched by Indian agencies. The foreign counterparts are also being roped in to ascertain his whereabouts, he said.

"Do you really expect me to answer on a person forming a country. Making a website is different from forming a country, we’ve cancelled his passport first. He applied for a fresh passport, it is very difficult to speculate on his whereabouts," Kumar told reporters.

"We have cancelled his passport and rejected his application for new one. We've sensitized all our missions and posts that this man is wanted in several cases of crime. We have asked our missions to sensitize the local government," he added.

Raveesh Kumar, MEA on fugitive self-styled godman Nithyananda: We have cancelled his passport&rejected his application for new one. We've sensitized all our missions &posts that this man is wanted in several cases of crime. We have asked our missions to sensitize the local govt pic.twitter.com/sxlrFuHgRV

Nithyananda's team has released a website which lays out the vision for formation of "Kailaasa" -- a sovereign nation  to be formed on a remote island in Ecuador. Hours after his claim, the Ecuadorian government issued a statement noting that no deal has been signed to sell off the island to Nithyananda.

"The Embassy of Ecuador categorically denies the statement, wherever published, that self styled Guru Nithyananda was given asylum by Ecuador or has been helped by the government of Ecuador in purchasing any land or island in South America near or far from Ecuador," said a statement issued by the Ecuador Embassy based in New Delhi.