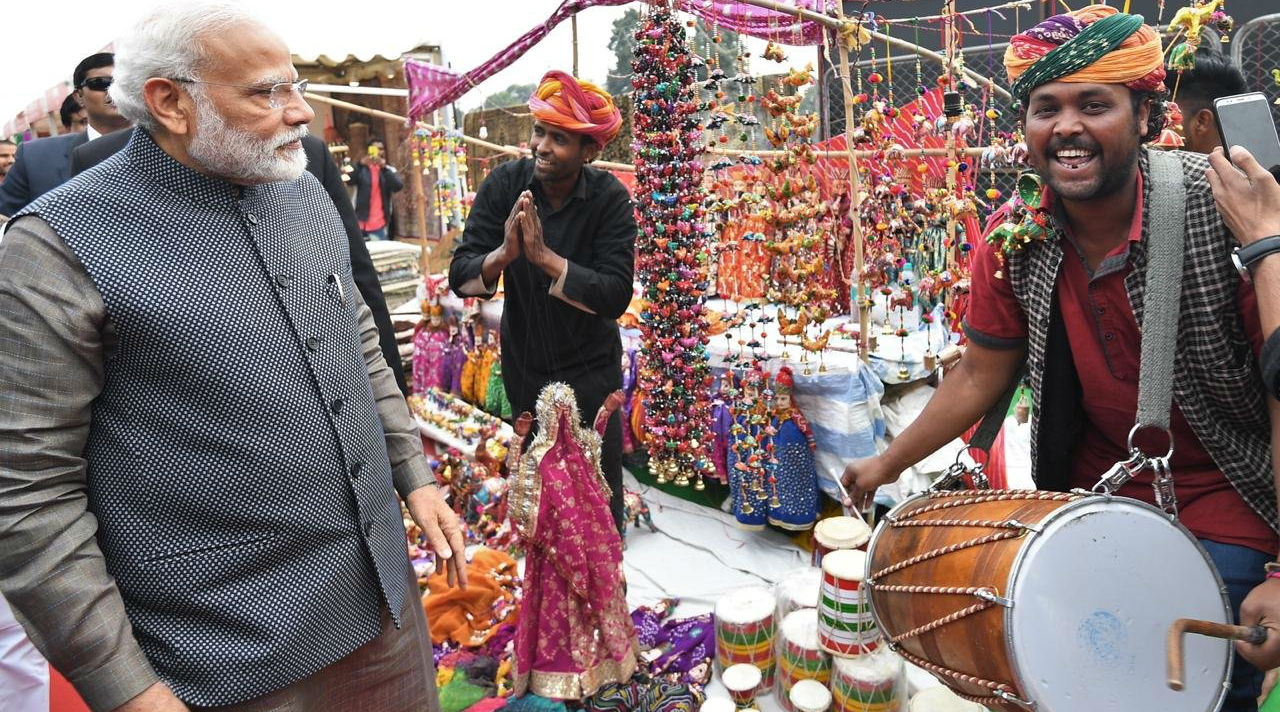 New Delhi, February 19: Prime Minister Narendra Modi on Wednesday made a surprise visit to 'Hunar Haat' at Rajpath here, where he interacted with artisans and relished 'litti-chokha' and 'kulhad' tea. Soon after chairing the meeting of the Union Cabinet, Modi reached Rajpath where 'Hunar Haat' is being organised by the Ministry of Minority Affairs.

Sources in the government said officials of the ministry were surprised when they came to know about the prime minister's visit. Modi, who was there for 50 minutes, ate 'litti-chokha', a dough ball made of whole wheat flour and stuffed with 'sattu', and paid Rs 120 for it. The dish is popular in Bihar, Eastern Uttar Pradesh and Jharkhand. PM Narendra Modi Pays Tributes to Chhatrapati Shivaji Maharaj on His 390th Birth Anniversary.

He later had tea served in 'kulhad' with Minority Affairs Minister Mukhtar Abbas Naqvi and paid Rs 40 for two cups. Artisans participating in the event said the traditional arts were dying, but the 'Hunar Haat' programme has helped revive them. There was a surge in crowd when people came to know that the prime minister was visiting the event.

The 'Hunar Haat' here is based on the theme of 'Kaushal Ko Kaam' and will be held till February 23. Master artisans, craftsmen and culinary experts, including more than 50 per cent women, from across the country are participating at the Haat.

A 'bawarchikhana' section has also been set up with traditional delicacies of several states available for people to savour. Similar 'haats' are being organised across India as part of an effort to empower master artisans.