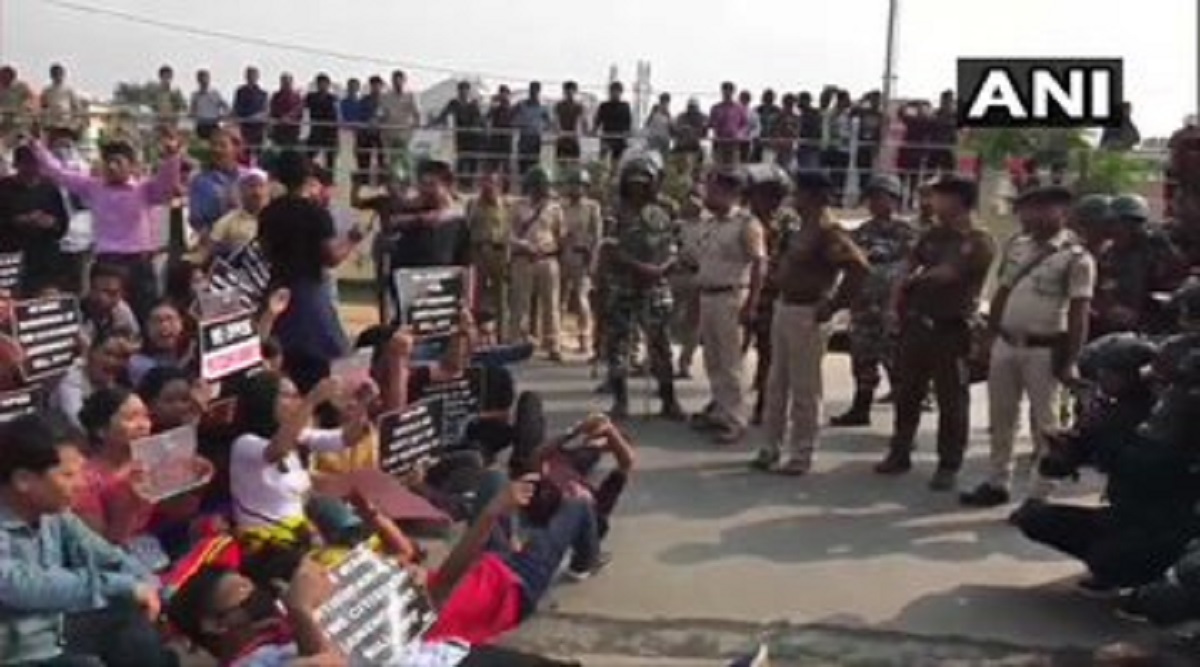 Agartala, December 10: Agitators participating in a bandh called by NESO against the passage of the Citizenship (Amendment) Bill in the Lok Sabha set a market, where shops were owned mostly by non-tribals, on fire in Tripura's Dhalai district on Tuesday, police said.

However, no one was injured in the incident and the blaze at Manughat market was doused, a senior police officer said. "Security forces have been deployed in the market but the incident has created fear among the non-tribals who owned most of the shops," the officer said. Citizenship Amendment Bill Sparks Protests in Tripura, Life Cripples After Call for Shutdown Against CAB.

The bandh has evoked massive response in the tribal areas of Tripura, he said.

It threw normal life out of gear in Dhalai, West Tripura and Khowai districts with residents remaining indoors while attendance at offices was thin, the officer said.

Train services in the entire state came to a complete halt and vehicular movement was affected, he said. Bandh supporters blocked an important road near Astable Ground in Agartala at 9.30 am, stalling traffic.

"Around 300 agitators were detained peacefully after 45 minutes of their demonstration," the officer said. The legislation seeks to grant Indian citizenship to religious minorities of Afghanistan, Pakistan and Bangladesh who are fleeing persecution there, was passed in the Lok Sabha with 311-80 votes.

However, Home Minister Amit Shah announced in the Parliament on Monday that areas under the Tripura Tribal Areas Autonomous District Council (TTADC) will be exempted from the ambit of the Bill.