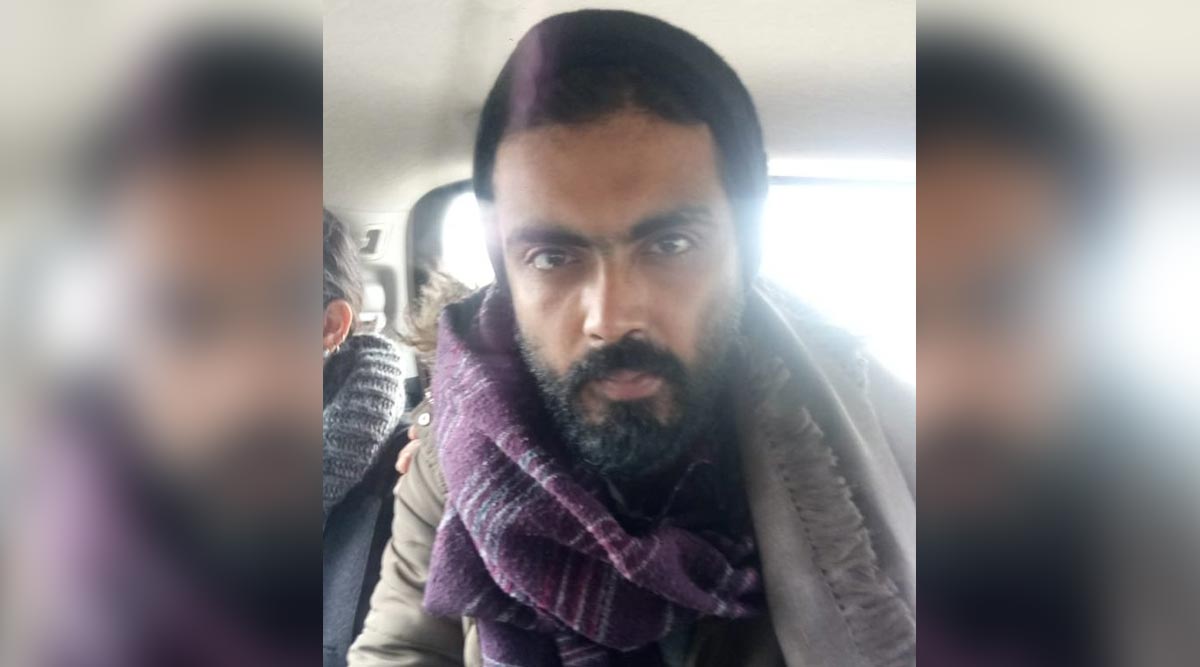 Jehanabad, January 28: The Jehanabad Court on Tuesday granted Delhi police transit remand of Jawaharlal Nehru University (JNU) student Sharjeel Imam, who had been booked for sedition. Hours after the arrest, Imam was brought to the court amid tight security. Imam was arrested from Jehanabad area by Delhi Police earlier in the day. The Anti-CAA activist had been on the run after sedition charges were slapped against him for allegedly making inflammatory statements during a protest at Shaheen Bagh. Sharjeel Imam's Brother Detained in Bihar's Jehanabad, Search Continues For Ex-JNU Student Over 'Cut Off Assam From India' Remark.

Imam in his speech, said that northeast should be severed from rest of India. Due to his comments, cases were also booked against him in several states including Assam, Manipur, Arunachal Pradesh and Uttar Pradesh. In a video that went viral on January 25, he is seen talking about splitting the northeast from India to block the implementation of the National Register of Citizens (NRC). "We know how Muslims are being treated in Assam. We have to save people from the NRC. The only way to do this is by cutting off northeast from India." Sharjeel Imam, Who Called for Splitting North-East From India, Out of Police Radar, Admits Delhi Police.

Earlier in the day, the brother of Imam as detained in Bihar's Jahanabad. He was also reported to be interrogated by the police department to ascertain the whereabouts of the JNU students. On January 16, 2020, he had also allegedly made provocative speeches at Aligarh Muslim University threatening the unity, integrity and sovereignty of the country upheld by the Indian Constitution. According to media reports, the JNU had summoned Imam to face the Chief Proctor committee on February 3, 2020, to explain his position in this regard.