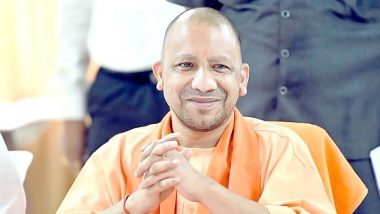 At a function organized in the auditorium of Lok Bhawan in Lucknow, Chief Minister Yogi Adityanath distributed the documents and stressed on making a self-reliant state. UP CM Yogi Adityanath Directs State Services Selection Board to Provide Govt Jobs to 10,000 Youths Within Next 100 Days.

"Hearty congratulations and best wishes to all the villagers who got their legal rights on their land!" the chief tweeted.

He said, "Tribal people like Vantangia, Tharu, Musahar had no voice, did not have a piece of land. The BJP's double-engine government has worked towards providing land to them on a large scale by running a campaign."