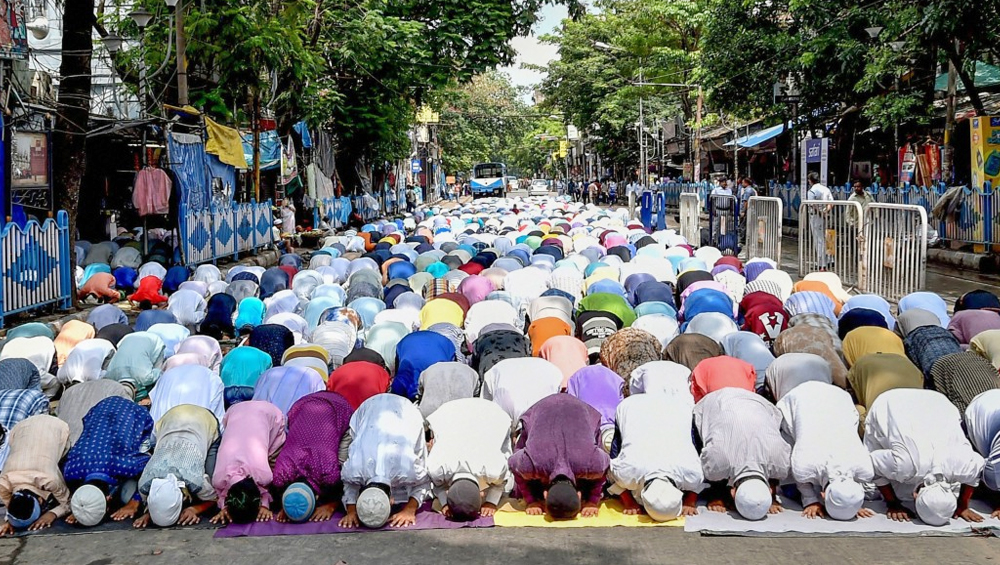 Lucknow, February 6: As directed by the Supreme Court, the Uttar Pradesh government on Wednesday cleared a proposal to allot five-acre land in Dhannipur village to the UP Sunni Central Waqf Board for construction of a mosque. The Supreme Court, which had awarded the disputed land in Ayodhya to the deity Ram Lalla, ruled that the UP Sunni Central Waqf Board will get an alternative 5-acre plot at a "prominent" place in Ayodhya. Ram Temple Trust: List of Trustees of Shri Ram Janmabhoomi Teerth Kshetra.

The allotted land for construction of a mosque in Dhannipur village is 25 kilometres from where the proposed Ram temple will be built and 18 kilometres from the district headquarters, Faizabad. "Located at Dhannipur village in Ayodhya’s Sohawal tehsil, the plot is barely 200m from the Lucknow-Gorakhpur highway, which will ensure easy access to a mosque," UP government spokesperson Shrikant Sharma said. Women's Entry in Mosque For Prayers Permitted, Muslim Personal Law Board Tells Supreme Court.

Dhannipur village, which comes under Ayodhya Municipal Corporation, is beyond 14-kilometre radius of the Ram Mandir. Muslim parties expressed unhappiness over the location, saying it is too far from the Ayodhya town. "The land is too far from Ayodhya. No Muslim will go there to offer namaz. The land should be in Ayodhya to make it more convenient for us to offer prayers," Haji Mehboob, one of the litigants in the Babri Masjid-Ram Janmabhoomi title dispute case, told Hindustan Times.

Another litigant Iqbal Ansari echoed similar views and said that the land should have been allotted in Ayodhya city. Afaq Ahmad Khan, convenor of the Babri Masjid Action Committee, and Shia religious leader Azim Baqri also opposed the choice of land for the mosque.