The Uttar Pradesh government has framed standard operating procedures (SOPs) regarding bodies of those killed in criminal incidents or accidents. 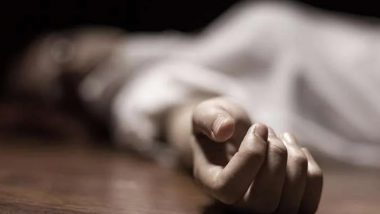 Lucknow, Sep 25: The Uttar Pradesh government has framed standard operating procedures (SOPs) regarding bodies of those killed in criminal incidents or accidents.

People will no longer be allowed to place bodies on roads and block traffic in protest. This will be a punishable offence.

According to a home department spokesman, the SOPs comes on the orders of the High Court on a PIL in this regard. PFI Encouraged Vulnerable Youth To Join LeT, ISIS, Al-Qaeda, Says NIA Remand Report.

"Anyone who places a body in a public place or road will face action since this amounts to disrespect of the deceased," said the spokesman.

As per the SOPs, when families of the deceased are handed over the bodies after post-mortem, they will have to give in writing that they will take the body straight to their house and thereafter to the cremation/burial grounds.

They will not be allowed to place the body at any place as a mark of protest. Any organisation that takes part in such activities will also face action.

In cases where cremation takes place at night, the family of the deceased will have to give its approval in writing and the entire process will be videographed. Any message exchanged between the concerned family and the district administration will be preserved as record for one year. Delhi Club Brawl: Woman Alleges Bouncers Thrashed Her, ‘Tore Off’ Her Clothes in South Delhi, Case Registered (Watch Video).

This decision comes after the outrage over the cremation of the Hathras victim in the middle of the night in September 2020.

In cases where the family refuses to accept the body, local people will be taken into confidence and the district magistrate will decide on the cremation/burial of the deceased.

(The above story first appeared on LatestLY on Sep 25, 2022 12:18 PM IST. For more news and updates on politics, world, sports, entertainment and lifestyle, log on to our website latestly.com).