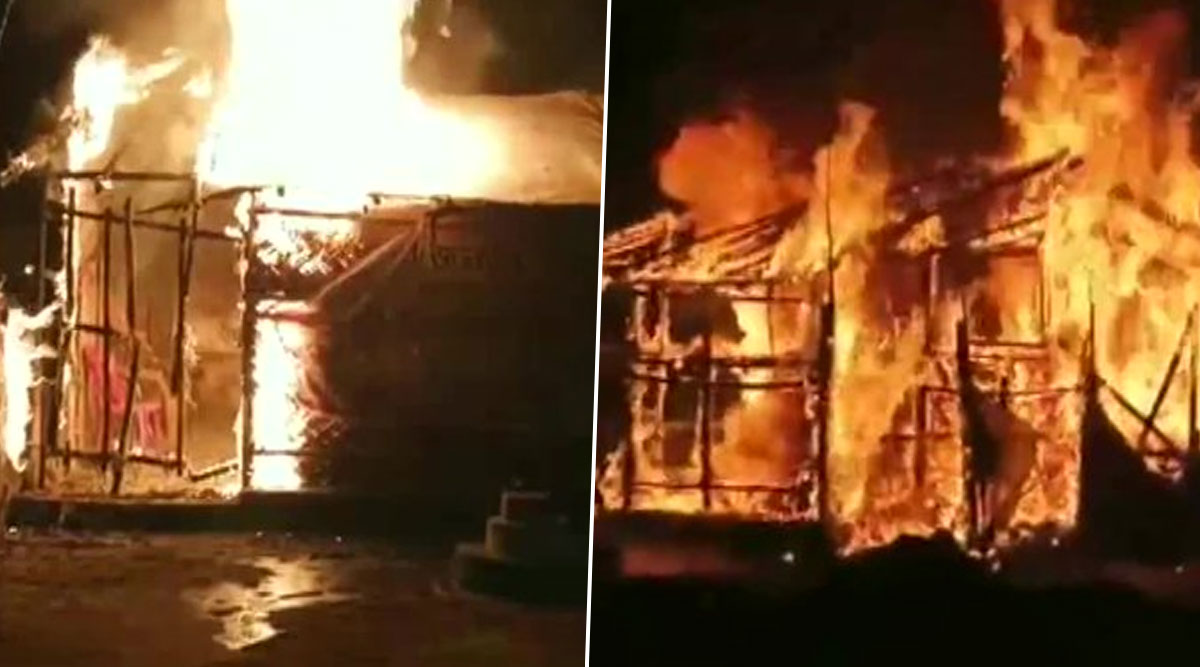 Kolkata, January 13: A Bharatiya Janata Party (BJP) office was set on fire in Asansol area of West Bengal on Sunday. According to a tweet by ANI, the incident took place in Salanpur village. The BJP has alleged that Trinamool Congress (TMC) is behind the incident. As soon as the incident was reported, the locals alerted the Police following which an investigation was initiated.

On Sunday, Home Minister Amit Shah launched a scathing attack on the Trinamool Congress for 'misleading' people of the nation on Citizenship Amendment Act (CAA). Singh challenged the party led by West Bengal Chief Minister Mamata Banerjee to point out a single provision in the law which allegedly takes away anyone's citizenship. Mamata Banerjee Says TMC to Skip Opposition Meeting Against CAA as 'Congress and Left Playing Dirty Politics in West Bengal'.

Asansol: A BJP office in Salanpur village was set ablaze last night. BJP has alleged that TMC is behind the incident. Police has begun investigation. #WestBengal pic.twitter.com/wlYdr2qAle

In the last week, an FIR was lodged against BJP supporters for setting fire to a tyre on the road after their protest rally was stopped in Jadavpur. The BJP workers had called for a protest to protest against an alleged attack on their party office at Sulekha More. According to a report by TOI, a group of students from Jadavpur University had allegedly defaced the BJP office, took down banners and burnt the party flag.