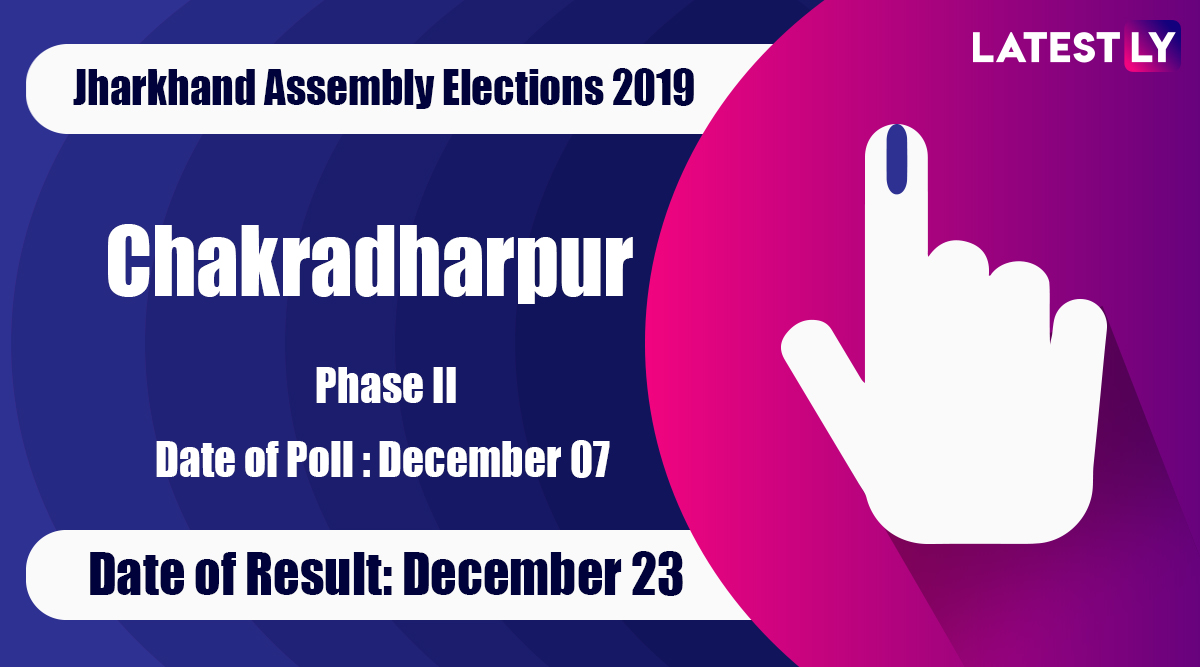 Ranchi, December 23: Chakradharpur (ST), the constituency reserved for scheduled caste community, is among the 7 seats of West Singhbhum district which went to polls in the second round of Jharkhand assembly elections 2019. In all, a total of 20 seats were contested in the second phase of the polls. Results of the elections was declared on December 23, with Sukhram Oraon being declared the winner from Chakradharpur. Check Highlights of Jharkhand Assembly Election Results 2019.

The Chakradharpur (ST) seat was won by Jharkhand Mukti Morcha (JMM) leader Shashibhushan Samad in the assembly elections in 2014. The party had this time issued the ticket to Sukhram Oraon. The Bharatiya Janata Party (BJP) candidate from the seat is Laxman Giluwa. The incumbent legislator Shashibhushan Samad is contesting from the Jharkhand Vikas Morcha (Prajatantrik).

Notably, the polls in Jharkhand are held in five-phases, beginning from November 30 and ending on December 20. Unemployment, jobs for educated youth, farmers' distress and connectivity are among the primary poll issues. The state was reported to be among those which have faced the brunt of ongoing economic slowdown.

The ABP News-C Voter survey, released ahead of the elections, predicted a close contest in Jharkhand. The ruling BJP was slated for victory in 33 seats, down from 37 it had won in 2014. The Congress-JMM-RJD combine was expected to win 30 constituencies, whereas, six seats each were predicted for the AJSU, Jharkhand Vikas Morcha and Others.