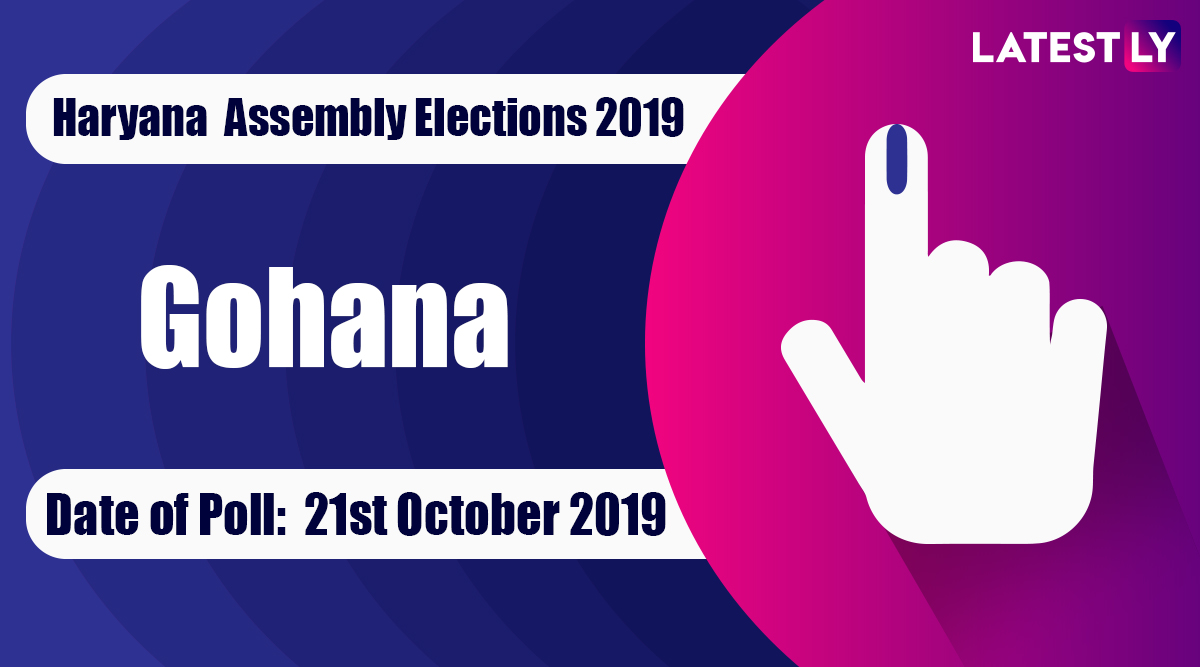 The Gohana Vidhan Sabha constituency falls in the Sonipat district of Haryana. Voting in Gohana for the Haryana Assembly Elections 2019 took place on October 21.  Polling for the 90-member Haryana assembly were held along with assembly elections in Maharashtra. The Election Commission of India (ECI) on September 21 had announced the election schedule for Haryana. Haryana Assembly Elections 2019: Full List of Constituencies With Current MLA Names and How BJP, Congress, INLD Performed in 2014.

According to the schedule of Haryana polls announced by the Election Commission, nomination papers can be filed till October 4. Nomination papers were scrutinised on October 5. The last date of withdrawal of candidature was October 7. The voting will take place on October 21. The votes will be counted on October 24, and the results will be announced on the same day. Assembly Elections 2019 Dates: Maharashtra & Haryana Go to Polls in Single-Phase on October 21, Results on October 24; ECI Yet to Release Jharkhand Schedule.