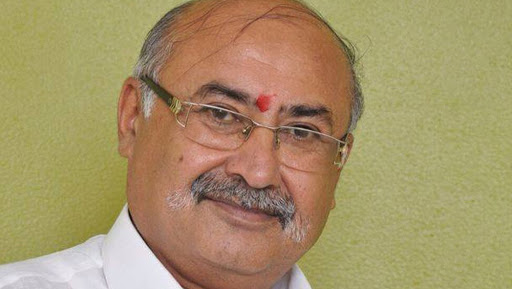 Former Gujarat Bharatiya Janata Party vice-president Jayanatilal Bhanushali was shot dead while he was travelling from Bhuj to Ahmedabad and was onboard Sayaji Nagar Express train on Monday midnight. | Image Coutesy: PTI

Ahmedabad, January 8: In a shocking incident, former Gujarat Bharatiya Janata Party vice-president and MLA from Abadasa – Jayanatilal Bhanushali – was shot dead by unidentified assailants onboard a train in Kutch district of Gujarat on Monday night, reports ANI. He was travelling from Bhuj to Ahmedabad and was onboard Sayaji Nagar Express train when he was shot near Kataria railway station – between Kataria and Surbari railway stations.

Police informed that they have started the investigation and have formed teams to nab the culprits. According to the case registered, the assailants shot the bullets – one that damaged his chest and another damaged his eyes. Soon after being informed, the train was stopped at Maliya railway station in Gujarat where his body was recovered. The BJP leader was travelling in the AC First class bogie of the train when attacked. Man Wanted in Murder Cases Held with Aide After Gunfight with UP STF.

It is to be known that last year, former state BJP vice-president was accused in a rape case. Though, Bhanushali had claimed that the 21-year-old woman from Surat was pressing false charges against him to malign his reputation.

Police, on the other hand, is trying to investigate the reason behind the murder and is suspecting personal enmity as a primary reason. However, the investigating team have kept their options open. No arrests have been made so far.