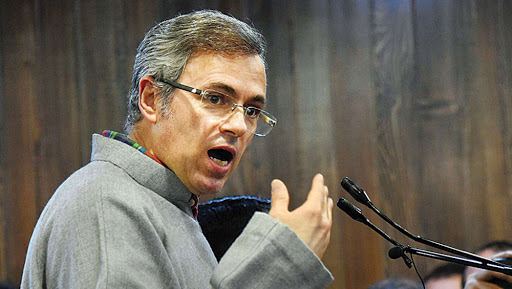 New Delhi/Srinagar, January 16: The Jammu and Kashmir administration had put on hold the shifting of former chief minister Omar Abdullah on Thursday. He was about to be shifted from his house Hari Nivas in Srinagar -- where he currently housed -- to another government accommodation. Though the reason for this change in plan has not been told, reports are coming that five leaders -- two from Peoples Democratic Party and three from National Conference -- would be released on Thursday.

According to sources, former J&K CM was to be shifted to a different location by the administration. The news arrived on Wednesday night, while by Thursday noon, the decision was reversed. For now, Abdullah's house arrest would continue just like PDP chief Mehbooba mufti and NC president Farooq Abdullah. Both these leaders were former chief minister of united state of Jammu and Kashmir. Jammu & Kashmir: Internet Services Partially Resumed in Kashmir Valley; 2G Mobile Connectivity Restored in Jammu, Sambha & Other Districts.

Apart from this report, updates are coming that five political leaders -- put under house arrest -- would be released on Thursday. The leaders from the PDP include -- Mukhtiyar Band and Nizam Bhat from PDP, Salman Sagar, Shaukat Ganai and Altaf Kalu from National Conference. All these leaders were put under house arrest after Centre imposed restrictions and abrogated the Article 370.

Earlier on Wednesday, the J&K administration announced the partial restoration of internet services and resumed 2G mobile connectivity on postpaid in Jammu, Samba, Kathua, Udhampur and Reasi districts of the union territory. People in these districts are allowed to access only white sites including for e-banking. The internet services will remain in force for seven days depending upon the situation.