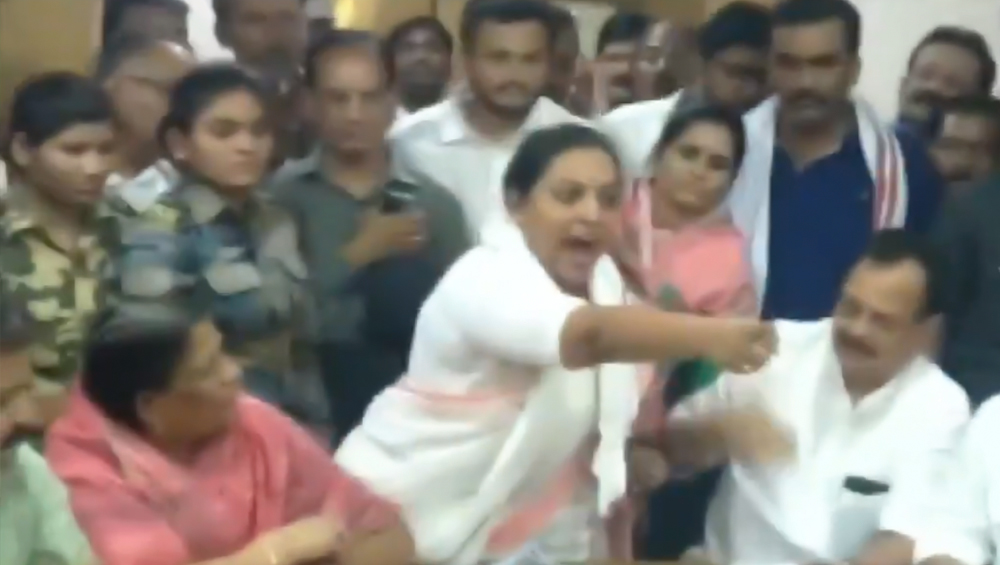 Mumbai, January 13: Days after she faced flak for stating that newly-sworn in ministers in the Maharashtra government had not yet started making money, state minister and Congress MLA Yashomati Thakur has said that touching a cow "drives away negativity". On Sunday, the Women and Child Development Minister in the Uddhav Thackeray-led government defended her remarks, saying touching any animal, including cows, feels one with compassion. Cows Population Increased by 18% in India, Says Cattle Count Report.

"Our culture says if you touch a cow, all negativity will go away," the Teosa MLA told a gathering in Amravati, over 690 kms from here, on Saturday. Congress MLA Yashomati Thakur Abuses and Warns Public Official in Meeting on Water Crisis in Amravati; Watch Video.

She told PTI on Sunday: "Cow is a sacred animal. Moreover, be it a cow or any other animal, touching them brings a feeling of love to us. What is wrong in what I said?"

Earlier, campaigning for the Vashim Zilla Parishad polls, she had said "we have just come to power, our pockets are not warm enough yet".

She had also said that voters may accept money from the Opposition but must vote for the Congress. The Congress is one of the constituents in the Shiv Sena-led government, apart from the Sharad Pawar-led Nationalist Congress Party (NCP).