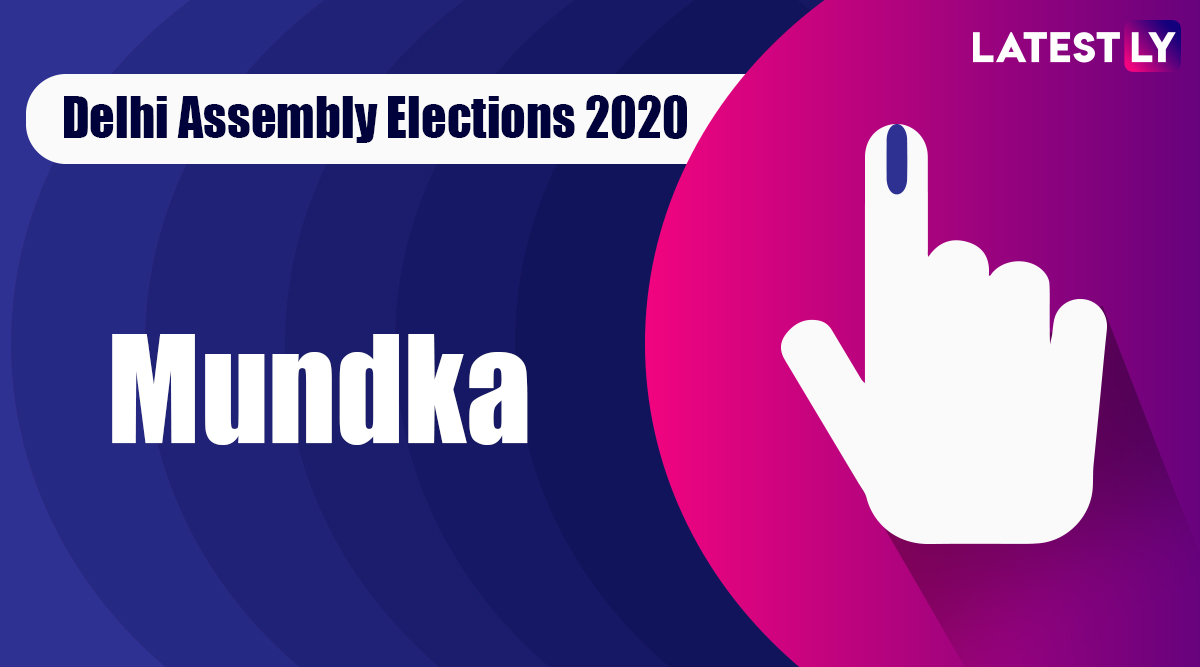 New Delhi, February 11: The Mundka Vidhan Sabha seat, one of 70 assembly seats in Delhi, went to polls on February 8. In Mundka assembly constituency, a triangular electoral contest was seen between the Aam Aadmi Party (AAP), the Bharatiya Janata Party (BJP) and the Congress. The AAP replaced its sitting MLA Sukhvir Singh and fielded Dharampal Lakra who eventually won the Mundka seat. The BJP fielded Azad Singh who suffered a defeat in the 2015 elections. Delhi Assembly Elections 2020: Hits And Misses of Arvind Kejriwal's AAP.

The Congress declared Naresh Kumar as its candidate. The notification for the Delhi assembly elections 2020 was issued on January 14. The last date for filing nomination was January 21. Nomination papers were scrutinised on January 22. The last date for withdrawal of nomination was January 24. Polling will be held on February 8. Counting of votes will take place on February 11 and results will be announced on the same day. Delhi Assembly Elections Results 2020: Three Reasons Why Arvind Kejriwal's AAP Won Despite BJP Resurgence.

Arvind Kejriwal's AAP swept 67 of the 70 assembly seats in the 2015 Delhi assembly elections. The BJP came a distant second with three seats, while the Congress drew a blank. Five years after, the AAP has emerged as a formidable force against the BJP and the Congress.