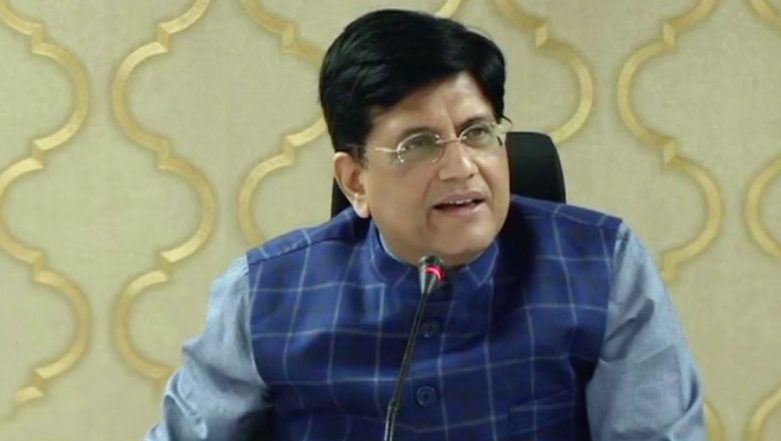 New Delhi, September 12: Union Commerce Minister Piyush Goyal made a gaffe on Thursday as he asked the media to not go into numbers for looking at India's development under the Narendra Modi regime, saying, "Maths never helped Einstein discover gravity." Attending a Board of Trade meeting on Thursday, Goyal lashed out at experts questioning the Modi government's $5 trillion economy dream in view of low GDP.

"Don't get into the calculations that you see on television. Don't get into this maths. Maths have never helped Einstein discover gravity. If we had only gone by structured formulae and what was past knowledge, I don't think there would have been any innovation in the world," Goyal said during the meet.

Why should Nirmala have all the fun? Piyush Goyal has just delivered a blockbuster dialogue

Millennials and Maths are the problem. Not Modi Govt. Understood? pic.twitter.com/JCoCIbdoxp

Watch: Piyush Goyal's Full Address at Board of Trade Meeting

On Tuesday, Sitharaman blamed the millennials and their mindset for the auto sector slowdown. The Finance Minister said that the automobile industry had been affected by the BS6 norms. She also said that millennials preferred cab aggregrators like Ola and Uber rather than "committing to buying an automobile."