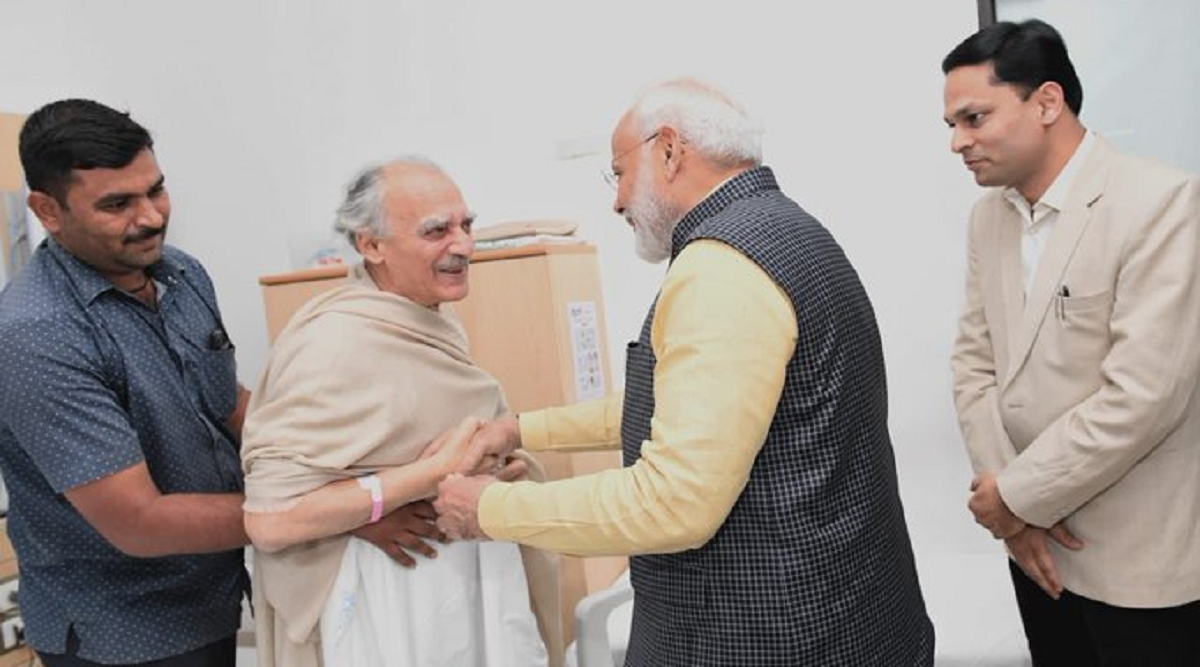 Pune, December 8: Prime Minister Narendra Modi met former Union minister Arun Shourie at a hospital in Pune on Sunday evening and spent nearly 15 minutes with the former BJP leader. According to senior doctors of the Ruby Hall Clinic, located in Bund Garden area of the city, the prime minister arrived at 6 pm. Modi said in a tweet: "In Pune, I met former Union Minister Arun Shourie Ji. Enquired about his health and had a wonderful interaction with him. We pray for his long and healthy life".Ruby Hall Clinic

A team of chief cardiologist Dr Parvez Grant, neurosurgeon Dr Sachin Gandhi took Modi to Shourie's room. "The PM spent 15 minutes with Shourie. He embraced Shourie during their interaction," the doctors said, adding that the prime minister spoke with the family members of Shourie outside his room.

It was not a pre-decided visit, according to hospital sources. Arun Shourie Health Update: Former Union Minister Hospitalised After Losing Consciousness, Now in Stable Condition.

The PM spent some 45 minutes at the hospital before heading to the airport.

Modi was in Pune to attend the conclusion of the three-day conference of IGs and DGPs. Shourie has been undergoing treatment after he fell on December 1 while out on a walk near his bungalow in Lavasa, some 60 kilometres from Pune.

The 78-year-old former BJP leader had suffered a brain injury, including internal bleeding and swelling, doctors had had said. They had said Shourie was recovering fast and was showing no signs of neuro-deficit (abnormal function of a body area due to weaker function of the brain).

Shourie, a minister in the Atal Bihari Vajpayee government between 1999-2004, had, however, become a vocal critic of the economic policies of the Modi government, leading to a parting of ways with the ruling dispensation. He is a prolific writer and Ramon Magsaysay awardee who had served as an economist with the World Bank during 1967-1978.