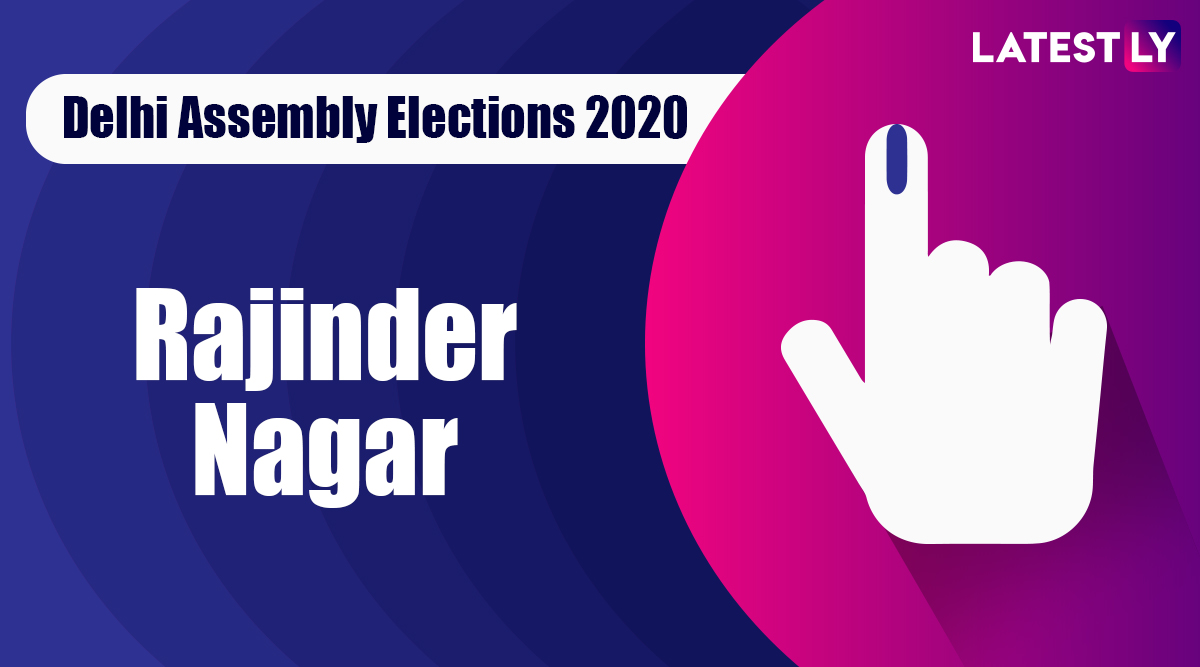 New Delhi, February 5: Aam Aadmi Party (AAP) leader Raghav Chadha won the Rajinder Nagar election by about 19,000 votes as the party also went on to win the Delhi Assembly Elections 2020. Rajinder Nagar falls in Central Delhi part of the national capital. As per the data available, there were around 1,82,530 registered voters in Rajinder Nagar, out of which 1,04,294 are male voters and 78,227 female voters. Nine voters are from the third gender category. Rajinder Nagar saw a tough contest between the AAP and BJP. The Aam Aadmi Party had denied ticket to incumbent MLA Vijender Garg and had gone for popular party face Raghav Chadha. Delhi Assembly Elections 2020: EC Releases Schedule, Voting in Single-Phase on February 8, Results on Feb 11.

The Election Commission of India (ECI) on Monday, January 6, announced the dates for Delhi assembly elections 2020. The polls in the national capital were held in a single phase on February 8. The counting of votes took place on February 11. Here Are Answers to Most FAQs on Delhi Assembly Elections 2020.

The constituency of Rajinder Nagar witnessed a direct contest between the AAP candidate Raghav Chadha and BJP candidate RP Singh. Congress candidate, Rocky Tuseed, who is a student leader from Jat community was also in the fray. The constituency is dominated by Punjabi voters. The sitting AAP MLA Vijender Garg had defeated BJP's RP Singh in the 2015 Assembly Elections with over 20,000 votes.