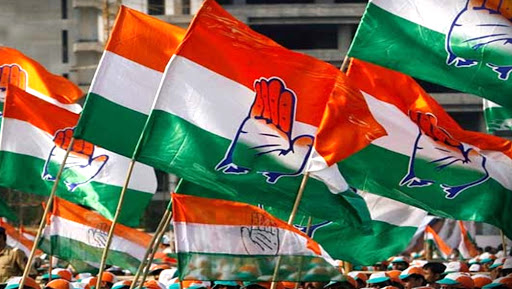 New Delhi, January 26: The Congress party has said that it is sending a copy of the Constitution of India to Prime Minister Narendra Modi and has urged him to read it when he gets "time off from dividing the country."

"Dear PM, The Constitution is reaching you soon. When you get time off from dividing the country, please do read it. Regards, Congress," the tweet by the official handle of the Congress said on Sunday. Earlier in the day, party spokesperson Randeep Singh Surjewala had also tweeted along similar lines. Madhya Pradesh: Two Congress Leaders Exchange Blows During Republic Day Celebrations In Indore Ahead of Flag Hoisting, Watch Video.

The Constitution is reaching you soon. When you get time off from dividing the country, please do read it.

"Let us take an oath on the 71st Republic Day to continue the struggle for justice, for the birth-right of being independent, for walking on the ideology of equality, for keeping alive the flame of brotherhood. So that the governments can remember- that opposing any decision which does not stand the test of Constitution is a duty," Surjewala's tweet, roughly translated in English from Hindi, read. Republic Day 2020: P Chidambaram Warns Against Rising Authoritarianism, Says 'Let Us Raise Level of Protest'.

In recent days, the Congress has opposed the Centre over the amended Citizenship Act, accusing it of overlooking the principle of secularism.The state Assemblies of Congress-ruled Punjab and Rajasthan have also passed anti-CAA resolutions. The CAA grants citizenship to Hindu, Sikh, Jain, Parsi, Buddhist and Christian refugees from Pakistan, Afghanistan, and Bangladesh, who came to India on or before December 31, 2014. (ANI)