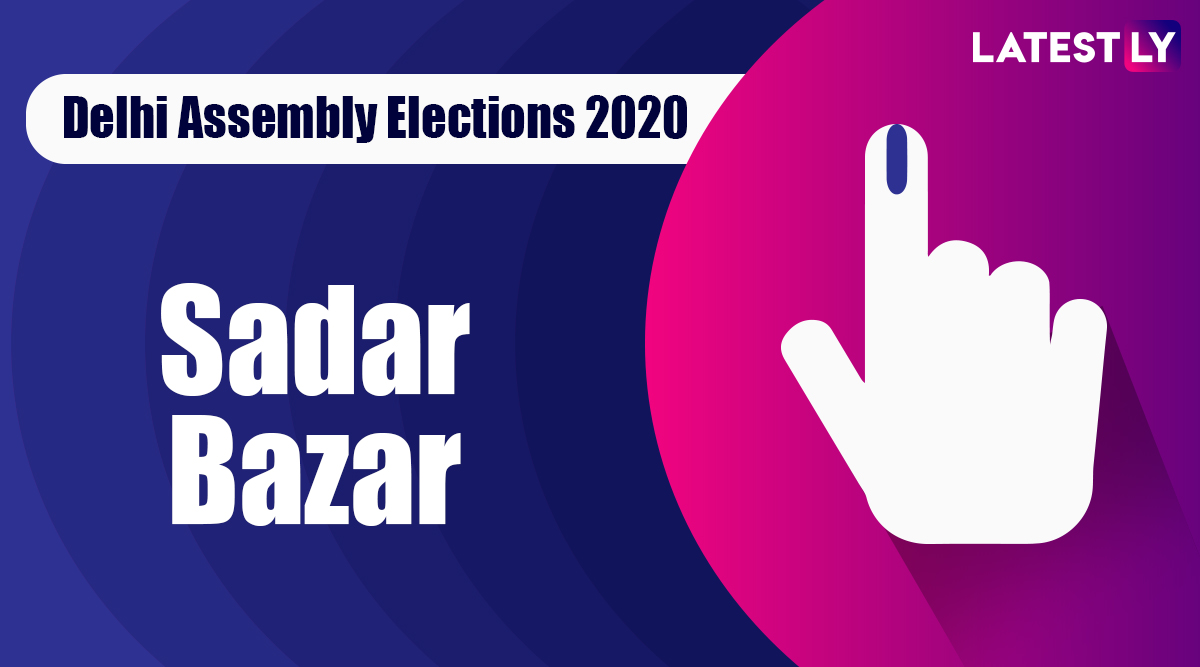 New Delhi, February 11: Voting in Sadar Bazar, along with all other vidhan sabha constituencies in Delhi, were contested in a single phase on February 8. A total of 1,65,870 voters were eligible to vote in the constituency. The seat primarily witnessed a triangular battle between the ruling Aam Aadmi Party (AAP), the Bharatiya Janata Party (BJP) and the Congress. The results of Delhi assembly elections 2020 were out on February 11, and AAP's Som Dutt was declared the winner from Sadar Bazar seat. Delhi Assembly Elections Results 2020: AAP Set to Retain Power, Congress Congratulates Arvind Kejriwal, BJP Concedes Defeat.

In the last assembly polls, the Sadar Bazar seat was won by the AAP. The party had decided to repeat the candidature of sitting MLA Som Dutt. The BJP issued ticket to Jai Prakash, whereas, the Congress candidate from the seat is Satbir Sharma.

The 2015 assembly elections witnessed the victory of AAP candidates in 67 out of the 70 constituencies of Delhi assembly. Arvind Kejriwal, the party's national convenor, took oath as the Chief Minister for second consecutive time. The BJP was restricted to three constituencies, whereas, the Congress failed to open its electoral tally.

The pre-poll surveys, ahead of this elections, had predicted a return for the AAP-led government. The C Voter opinion poll, released in first week of January, predicted 59 out of the 70 seats for the Kejriwal-led party. The BJP was predicted to recover to eight seats, whereas, the Congress was projected to bag three constituencies. The surveys towards the end of the campaign, however, predicted a resurgence for the BJP, with the Shaheen Bagh protests turning into a top poll issue.