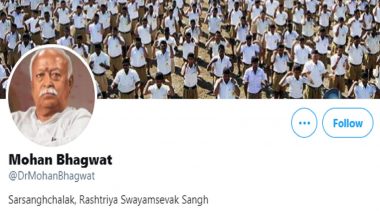 Vice President Naidu posted last tweeted from his personal handle on July 23 last year about Chhatrapati Shivaji Maharaj and worshipper of Goddess Bhawani. According to Twitter, the blue verified badge on Twitter lets people know that an account of public interest is authentic. To be verified, an account must be notable, authentic, and active.

The action against members of the RSS, which is the ideological mentor of the ruling Bharatiya Janata Party (BJP), comes at a time when a standoff between Twitter and the government is on over the new IT rules for social media companies. Twitter has been issued a final notice for compliance of the new IT rules failing which it will face "consequences", the government said today.

"Twitter Inc. is hereby given one last notice to immediately comply with the Rules, failing which the exemption from liability available under section 79 of the IT Act, 2000 shall stand withdrawn and Twitter shall be liable for consequences as per the IT Act and other penal laws of India," the government said.

(The above story first appeared on LatestLY on Jun 05, 2021 01:38 PM IST. For more news and updates on politics, world, sports, entertainment and lifestyle, log on to our website latestly.com).