The victim narrated the ordeal to his father upon returning home, police said. The police have launched a probe to trace Kumar, they said. 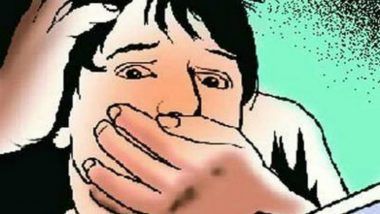 Muzaffarnagar, November 27: A nine-year-old boy was allegedly sodomised and threatened by a man at Pinna village of the district here, police said Tuesday. Praveen Kumar (20), who is absconding, had threatened the victim of dire consequences if he told anyone about it, they said. The station house officer (SHO) of Kotwali Police Station Anil Kumar said a case was registered against the accused after a complaint was lodged by the victim's father. According to the complaint, Kumar took the boy to a field in the village and allegedly sodomised him. The victim narrated the ordeal to his father upon returning home, police said. The police have launched a probe to trace Kumar, they said.

In a separate incident, two men accused of sodomising a minor boy in Mathura were arrested, police said. Mumbai: 11-Year-Old Girl Raped And Sodomised by Tempo Driver While Returning From Garba Event.

Salman and Hasin who were on the run since November 4 were caught Monday evening, station house officer (SHO) of Charthaval Police Station Santosh Kumar said. Another accused in the case, Gulfam was arrested earlier. According to police, the men had shot a video of the act.