Behcet Kaya, award-winning author of twisty crime thrillers, continues to enthrall audiences with Body in the Woods, the second novel in his Jack Ludefance PI series. 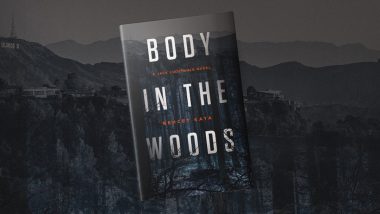 Behcet Kaya, award-winning author of twisty crime thrillers, continues to enthrall audiences with Body in the Woods, the second novel in his Jack Ludefance PI series. Since its release in late 2019, this installment has garnered considerable attention for Kaya’s engaging style, dynamic characters, and complex plotlines.

Body in the Woods: A Jack Ludefance Novel follows Jack to the hills of Malibu, California as he attempts to solve a murder at the behest of his friend, a wealthy businessman in the military defense industry. Although not formally charged, Jack’s friend is the primary suspect in the murder of his business partner. Jack launches a private investigation into the evidence surrounding the death of the notoriously cunning, manipulative victim.

Before long, Jack unwittingly stumbles upon a conspiracy that transcends borders in an international quagmire of intrigue and scientific secrets. With powerful people, fortunes, and influence hanging in the balance, Jack must solve the case before he becomes the latest target in a web of death surrounding the periphery of such a high-stakes investigation.

Body in the Woods: A Jack Ludefance Novel will appeal to adult fans of crime thrillers and suspense. Kaya’s inventive storytelling and fast-paced narrative style are perfect for readers who enjoy a novel that keeps them guessing. Reviewers describe Body in the Woods as an “action-packed investigation story” with vivid writing and breakneck packing.

In a glowing analysis, Pacific Book Review praises Kaya’s unique ability to craft a multi-dimensional protagonist with “realistic basic desires, toned investigative instincts and human frailty.” With a memorable cast of characters led by the relatable Jack Ludefance, Kaya delivers a riveting addition to this acclaimed series. Body in the Woods: A Jack Ludefance Novel and Kaya’s other works are available for purchase on Amazon.com or wherever books are sold.

Author Behcet Kaya was born in northeastern Turkey. Leaving home at fourteen, he travelled first to Istanbul and then on to London. While at Hatfield Polytechnic, Kaya made his first visit to the U.S. as an exchange student with the BUNC. He made the move to the U.S. in 1976 and became a U.S. citizen in 1985. While living in Atlanta, Georgia, he followed his creative yearnings, attending the Alliance Theater School and studying at the SAG Conservatory of Georgia.

In 1994 Kaya and his wife moved to Los Angeles where he continued his acting studies, began writing short stories and in 2009 published his first novel. In May 2017 Kaya graduated from California State University Channel Islands with a BA in Political Science. He and his wife currently live in the Florida Panhandle where he is working on his 7th novel.