'Dodi Khan: An Inspiration Who Made it Through All The Obstacles'

Every story has a start. Place, reasons, ways and means, none would know at times. It is just about continuing ahead and taking that step so that the dream seen can be their reality of today and tomorrow. Not all have everything lined up. 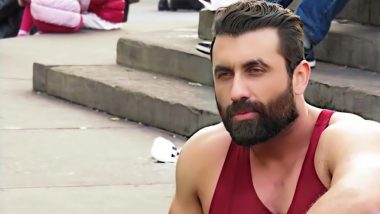 Every story has a start. Place, reasons, ways and means, none would know at times. It is just about continuing ahead and taking that step so that the dream seen can be their reality of today and tomorrow. Not all have everything lined up. Some people like Dodi Khan have to follow their call just as the same strikes the head. So, based on what he had struggled for, when asked some relevant below-mentioned questions, he opened up quite well.

Dodi Khan is not just an actor, but his interest also lies in kickboxing, swimming, bodybuilding, horse riding, and football. According to him, he has given his all no matter what part he chose. He also takes Salman Khan and his charity as an inspiration. He is not just inspired, but he is also a kind heart who shares a part of his earnings with those who need it. He has always seen thanking his mentor, Nabeel Zafar, the Pakistan actor and Hassan Zia, who helped him get his role in Orio. It seems like he has a kind heart that never forgets to thank people who have been part of his journey and have supported him continuously.

If asked about this, all that happened and how he thinks it will all go ahead, he says, “Believe me when I say, I was sent to the wrong place by my brother who wanted me to take his place in my first commercial of Lipton tea. I had no idea what to do, and I actually got a bit frustrated after seeing that I was just a part of the crowd, but in that crowd, when that one face of mine was noticed, my confidence was high again. All I wanted was to take a step ahead, and with 2nd commercial, I did not stop; I just went ahead and took it. I am very optimistic, and this is what keeps me going and talking about how it will go, even I have no idea, but I will do every single thing to make sure I get landed up to that one work that can allow me to work with Sanjay Dutt.” He seems to be quite optimistic, and none could stop a person who is as such. All one can do is to wait and watch for his heart to get that one part.

Actor Dodi Khan whose journey started with Lipton Tea advertisement, wherein this inspiring artist was sent to be a part of, with right intentions but to take someone else's place. Little did he know that this would be his kickstart for his career ahead. From the 1st time, when the opportunity kicked in, he took steps, sat down right beside and completed the task associated with his 1st commercial for Lipton tea at a very young age when he was in class 10th. From Islamabad to India for being a part of the film Orio and to moving around for some international projects, he did well, everywhere. For him, there’s just one thing that matters, and it is, “Every struggle counts, and unless otherwise it’s made, a chance of success is negligible.

Some of the best projects that Dodi Khan has been part of include Oreo, Chaudhary, Ghabrana nahi and many other international projects. He has worked with some big names, including Yograj Singh, Freddy and Saba Qamar. As of now, he is building his future plans from the Netherlands, and he has been planning to make many Bollywood movies apart from just being an actor in the same. He wishes to bring forward the stories of real-world heroes, and he wants to connect the people with them. His idea of working globally makes him open to diverse cultures and shows a broad mindset. People like him should emerge more so that the world can have all those people to “Improve what it is and ensure what should be.”