Deepika Padukone Birthday Special: From Ruffles To Sheer, Here Are The Best Cannes Film Festival Looks Of The Leggy Lass That Are High On Fashion (View Pics) 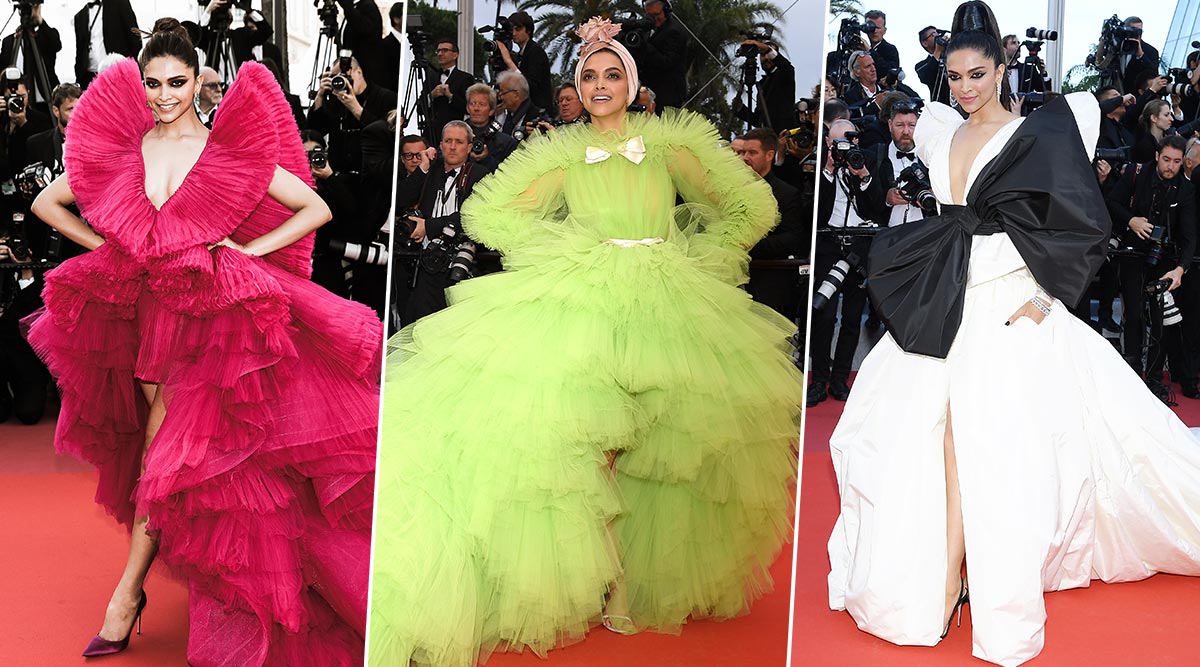 Time and again the leggy lass of Bollywood, Deepika Padukone has surprised one and all with her acting prowess as well as fashion taste. She likes to dare in the style department and that's the best part about her. With the help of her go-to-stylist, Shaleena Nathani's supreme style picks, Padukone has each and everytime made fashion critics go wow. While a few style judges are with a thought that Deepika's style over the years has gone bland and nay, but we feel it's the opposite. Another point which none can ignore is that Deepika has also been a fashion force to reckon with on international red carpets and one of the best examples of the same can be her Cannes style appearances. Deepika Padukone Birthday: 7 Performances That Made Her The Indestructible Star She Is.

And as the Chhapaak actress celebrates her 33rd birthday today, we thought of compiling some of her best looks from the Cannes Film Festival over the years. From shimmer, body-hugging, ruffles to OTT dresses, the girl has pushed the envelope and we salute her for the same. So, without further ado, let us take you on a fantastic style tour and we bet you will be impressed and how. Chhapaak Promotions: Deepika Padukone’s Embellished Jeans and Knotted Top Is All Things Sexy and How (View Pics).

Deepika's this lime-green look from Cannes Film Festival (2019) divided Twitter, but who cares, as extra points to her for going the experimental way. On Day two of the prestigious event, the babe walked the red carpet in a ruffled Giambattista Valli gown with a long train. Not just this, the cute additions of a headband and a matching bow elevated her look to another level. 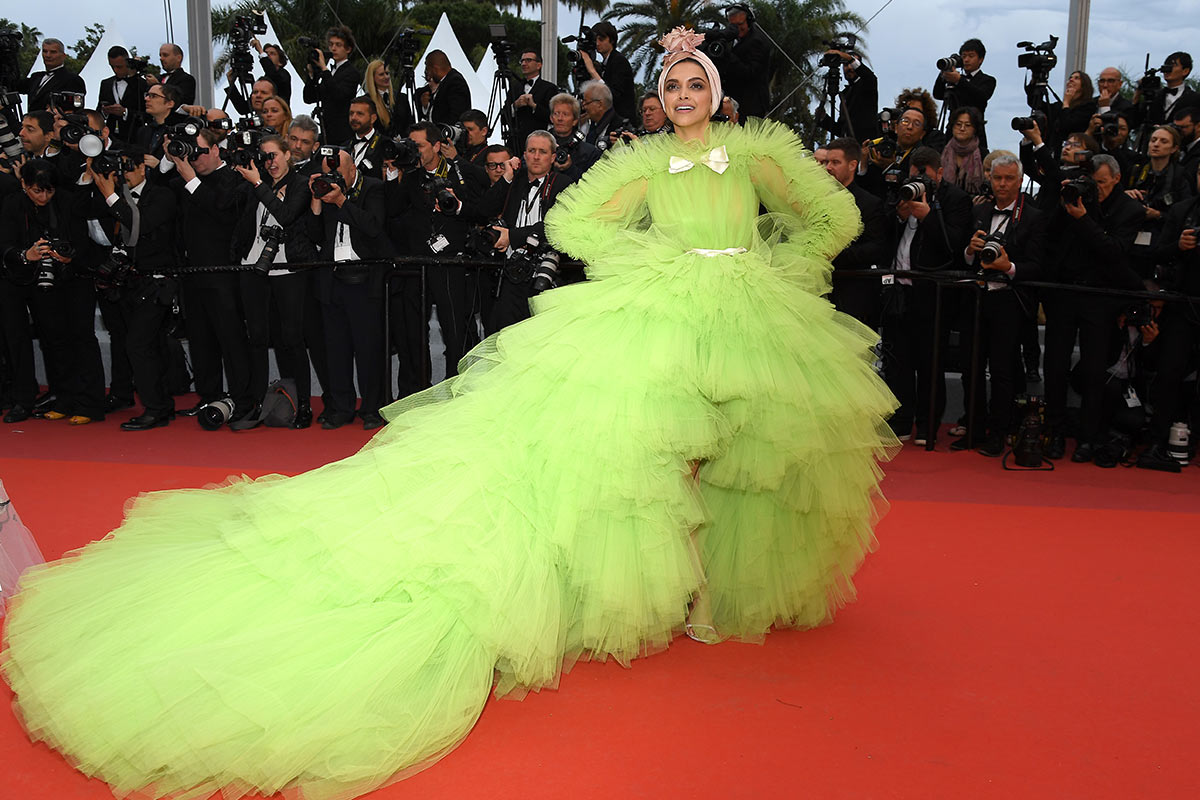 This one is from Cannes 2019 wherein Deepika just thought of being a wrapped gift with a huge bow and so this. Jokes apart and elaborating on her look, the actress opted for creamish floor-sweeping gown with a gigantic black bow and adding to it the striking make-up plus the top-notch hairdo. Gorg! 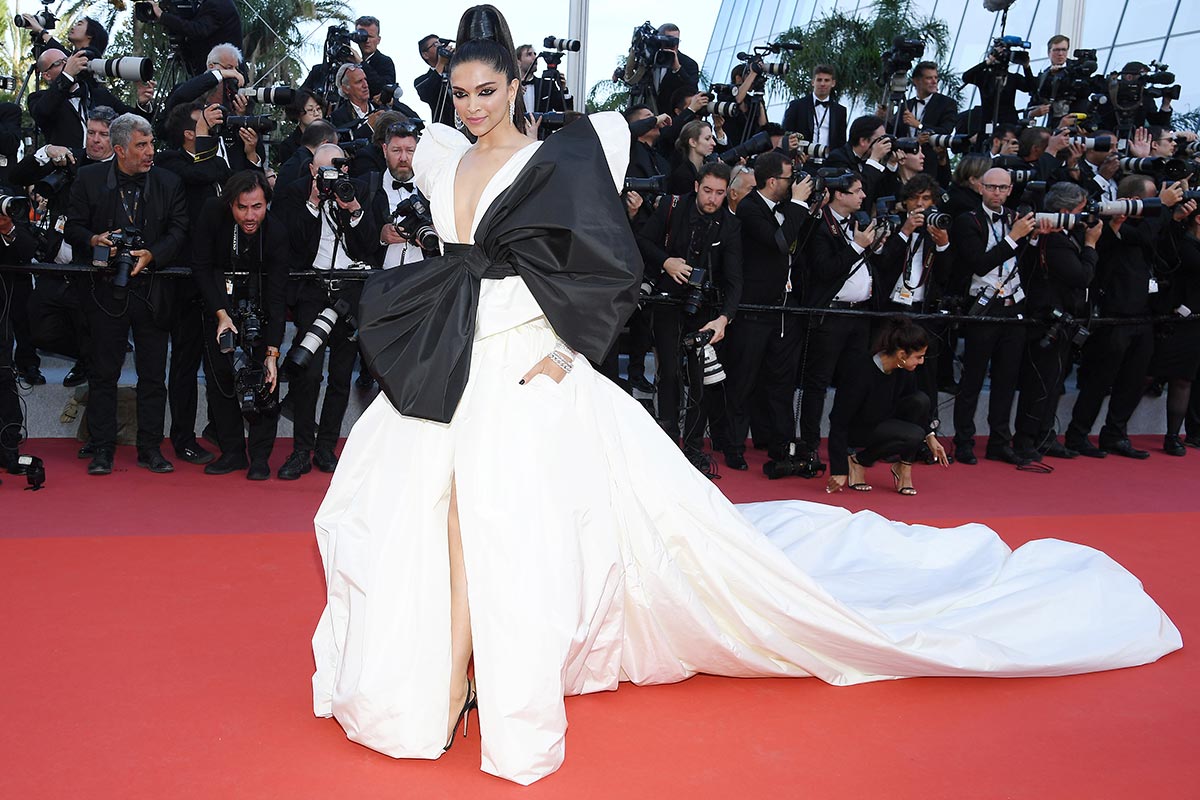 This one is our favourite from Cannes 2018. From tip to the toe, the styling is so in the place here which makes the birthday girl look superb. Dressed in an Ashi Studio ruffled gown in red. Her attire was so hit that it was later copied by the queen of pop, Beyonce when she visited the Global Citizen Festival: Mandela 100 concert in South Africa. DP, you rock! 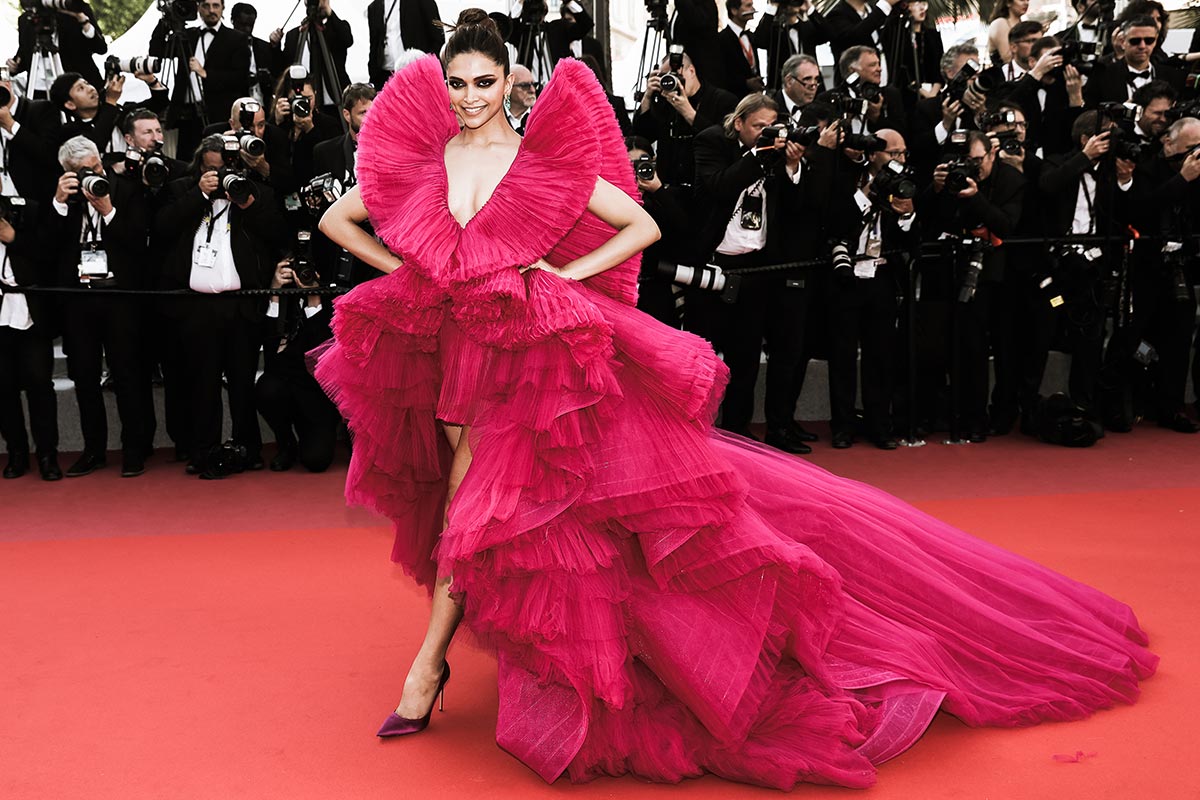 They say end in style and that's what exactly she did at the final red carpet appearance at Cannes 2017. The Padmaavat babe showed the world why she is called a leggy lass by going by thigh-high slit bottle green way and opting for a Brandon Maxwell. Insane! 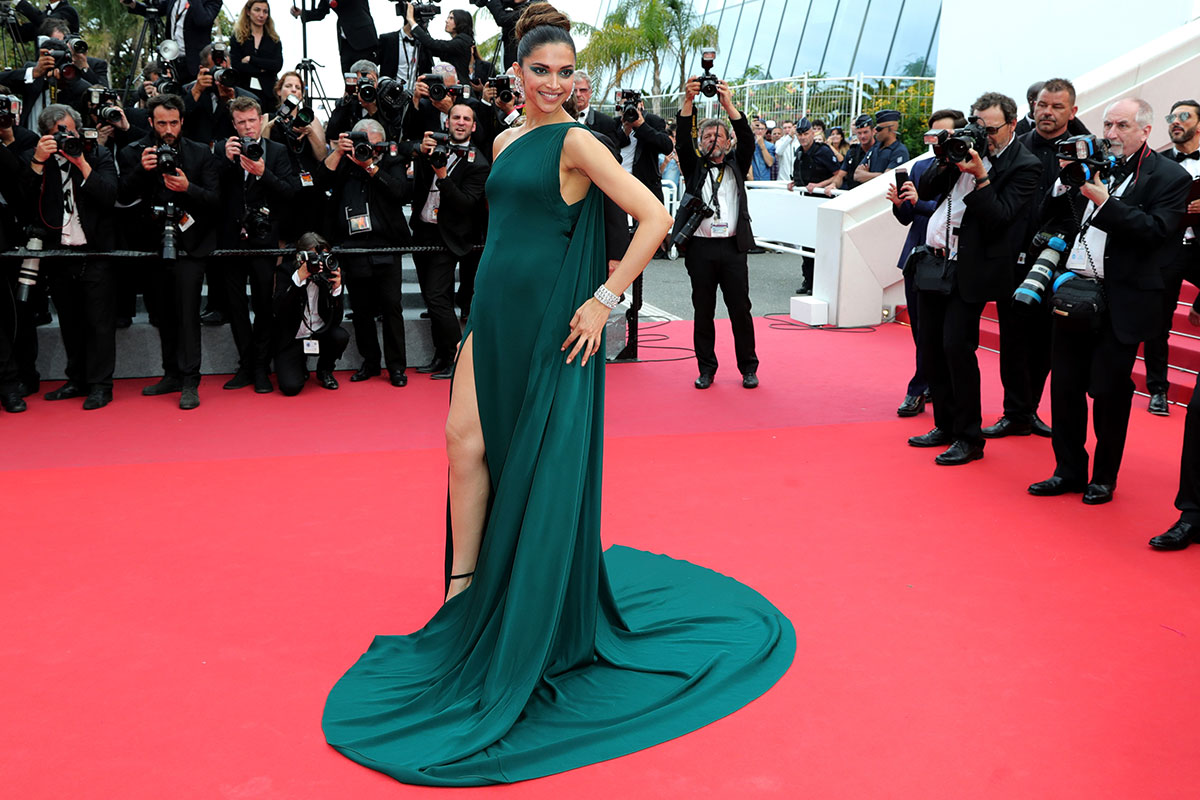 Next up, we have DP smiling her way to glory in a strappy gown. Well, yes we do agree that this one is not wow as compared to other ones on this list. But still she managed to turn heads by wearing a jewel-toned maroon creation by Marchesa Notte. 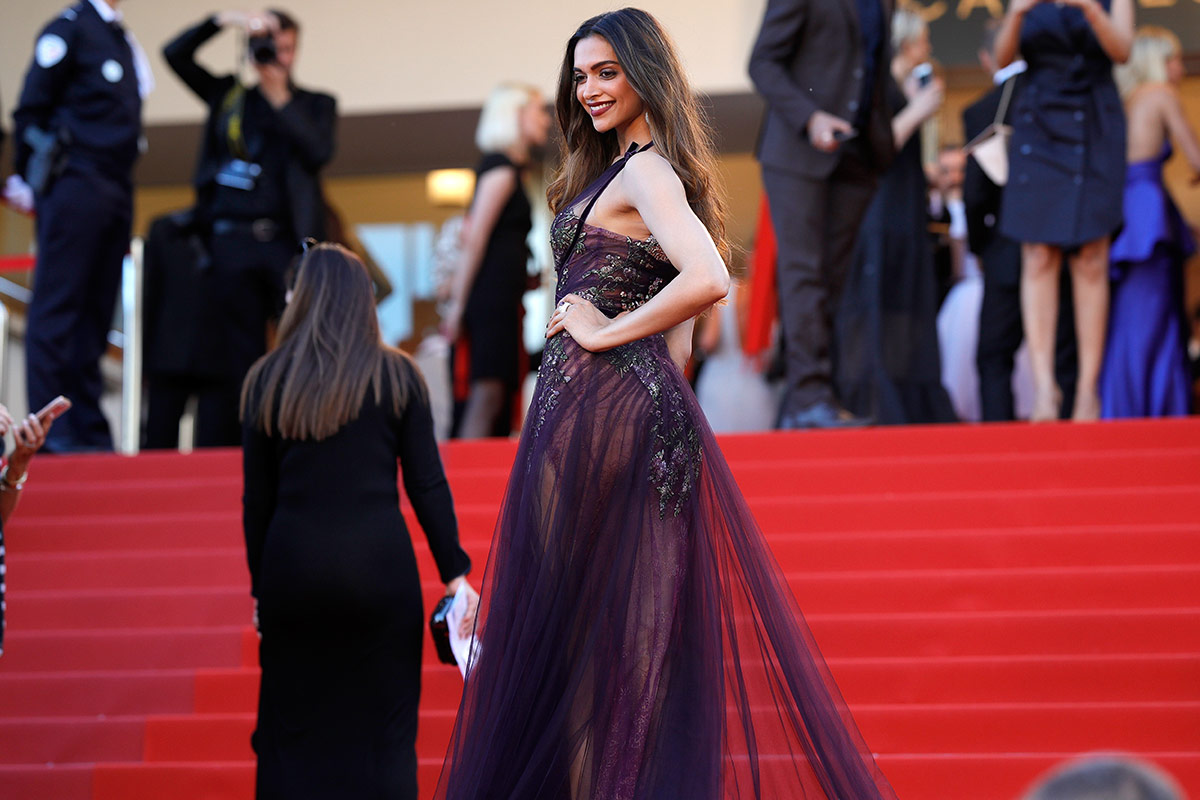 Going the risqué way, during one of her Cannes 2018 appearances, Deepika chose a sheer embellished Zuhair Murad gown and looked breathtaking in it. Right from the intricate embroidery on Padukone’s outfit to the cape-sleeves which further extended into a train, DP made an outstanding choice. 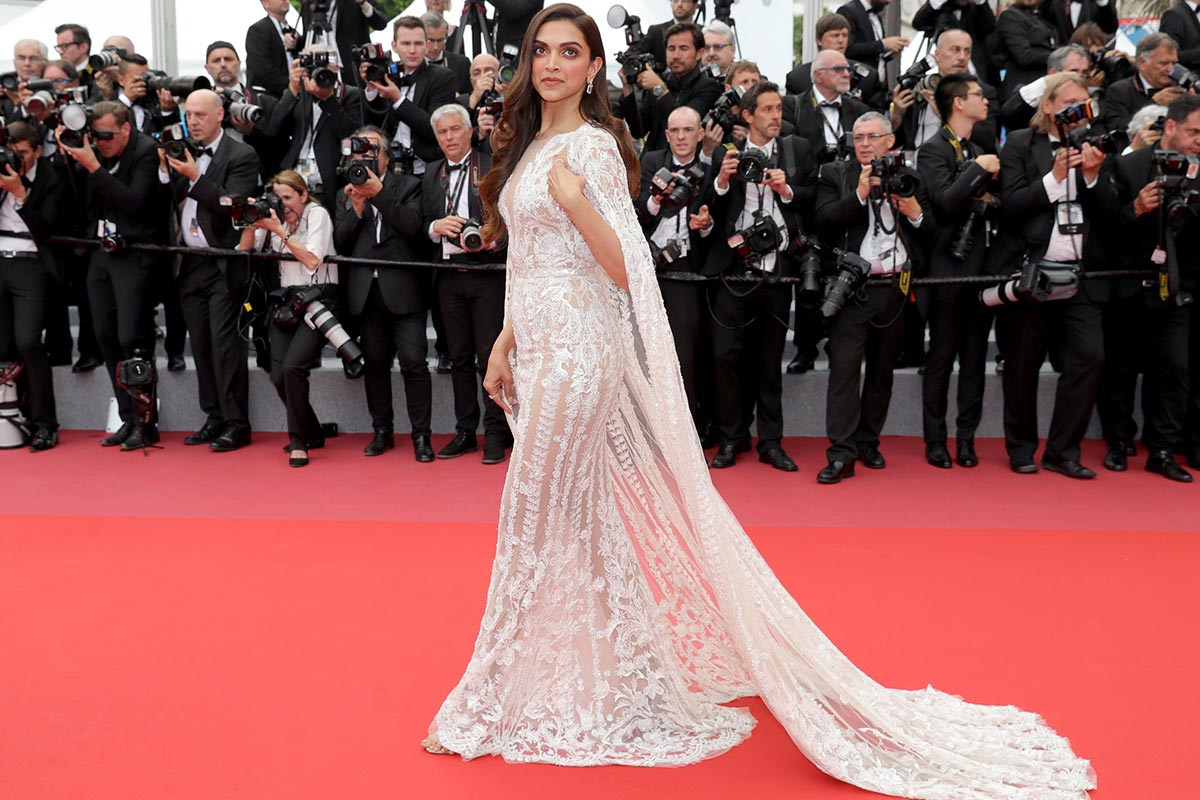 So, what's your take on the above curated Cannes red carpet look of Deepika Padukone? We bet you cannot disagree with us on this fashion scoop. Meanwhile, on the work front, Padukone will be next seen as an acid survivor in Meghna Gulzar's titled Chhapaak. Stay tuned!