4th of July 2021 Weekend Weather Forecast: Will Bad Weather Dampen Your Fourth of July Plans? Here's What It Will Be Like In Most Parts of The Country

Before you go making big plans, it's wise to take a look at the weather forecast. Here's what the weather will be like in most parts of the country this Fourth of July. 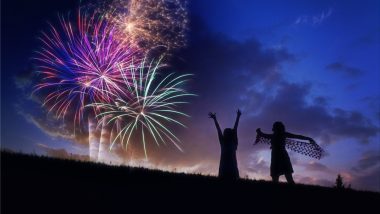 While Fourth of July celebrations are underway, the weather predictions don't seem to be too favourable this weekend. The fourth of July usually signals the beginning of summer. The perfect time for outdoor barbeques and beer. However, this year, owing to climate change most parts of the country are either in the deep throes of a heatwave or drowning in rains. While it's scorched skies in some parts of the country, it's expected to rain in other parts.  The temperature in Seattle reached 108 degrees this week and the temperature could rise in Chicago, Detroit and Minneapolis. While sweltering heat is expected to threaten outdoor plans in these parts, other parts of the country might have their plans dampened by rains and thunderstorms. According to Accu Wheather, widespread showers and thunderstorms are predicted to make landfall in the Mississippi Delta region to the southern Atlantic coast through the weekend. So before you go making big plans, it's wise to take a look at the weather forecast. Here's what the weather will be like in most parts of the country this Fourth of July.

The states in the west will likely have a comparatively pleasant weekend since the heatwave that wreaked havoc in the Pacific Northwest is expected to move farther west by Sunday. However, the high temperatures won't compare to the scorching heatwave, of this week. The temperatures are said to remain in the 90's in most states in the west. Chicago, Washington, Detroit, Minneapolis should all have somewhat pleasant celebrations.

Thunderstorms and rainfall might put a damper on outdoor activity in southeastern Idaho, western Montana and northern Wyoming on Sunday. Temperatures in the region will be in the 80s and 70s mark. However,  Temperatures are said to soar in Arizona, southeastern California and Nevada making it the hottest day of summer as the numbers are said to be in triple digits.

Rainfall is expected on the east coast putting a damper on New York, New Jersey, and Other states Fourth of July Plans. Coastal cities like New Orleans and Nevada are also expected to receive thunderstorms this weekend.

So while the weather might not be fair, you can still have a pretty good fourth indoors with family and friends. Happy Fourth of July Folks!

(The above story first appeared on LatestLY on Jul 02, 2021 02:43 PM IST. For more news and updates on politics, world, sports, entertainment and lifestyle, log on to our website latestly.com).