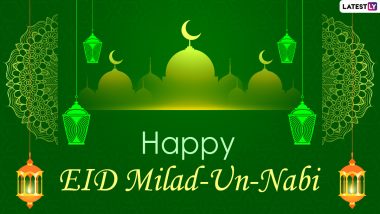 Eid Milad-Un-Nabi.
Eid-e-Milad or Eid Milad-Un-Nabi is an annual festival which is celebrated by Muslims to mark the birth anniversary of Prophet Muhammad. The day is also known as Mawlid in Arabic language. It is celebrated in the third month of Islamic lunar calendar, which is Rabi' al-Awwal. This year Eid Milad-un-Nabi started on October 29 and ends today. Mawlid is celebrated by a large section of Muslims in India. And then there are also many Muslims who believe that the birthday celebration of the Prophet has no place in Islamic culture. It must be noted that the festival is celebrated by Muslims who follow Sufi or Barelvi school of thoughts. And for those enthusiasts, here are Eid Milad Un Nabi Mubarak 2020 Images and Rabi ul Awwal 1442 HD Wallpapers, Mawlid Quotes and Messages, WhatsApp Stickers and Facebook Greetings to Share With Friends and Family.

Prophet Muhammad is the founder of Islam, he is considered to be the last messenger of God according to Islam. Muhammad was born in the city of Mecca in Saudi Arabia in Quraysh tribe. His father's name was Abdullah and mother's name was Bibi Amina. He was orphaned at the age of six and was raised by his grandfather Abd al-Mutallib. Muhammad attained prophecy at the age of 40 and started preaching Islam to the world. He received revelations that formed the verses of Quran, the holy book of Islam, from God through the angel Gabriel. Prophet died at the age of 63. Eid Milad-Un-Nabi 2020: Date of Observance in India and Significance of Mawlid or Prophet Mohammed's Birthday Celebrations. 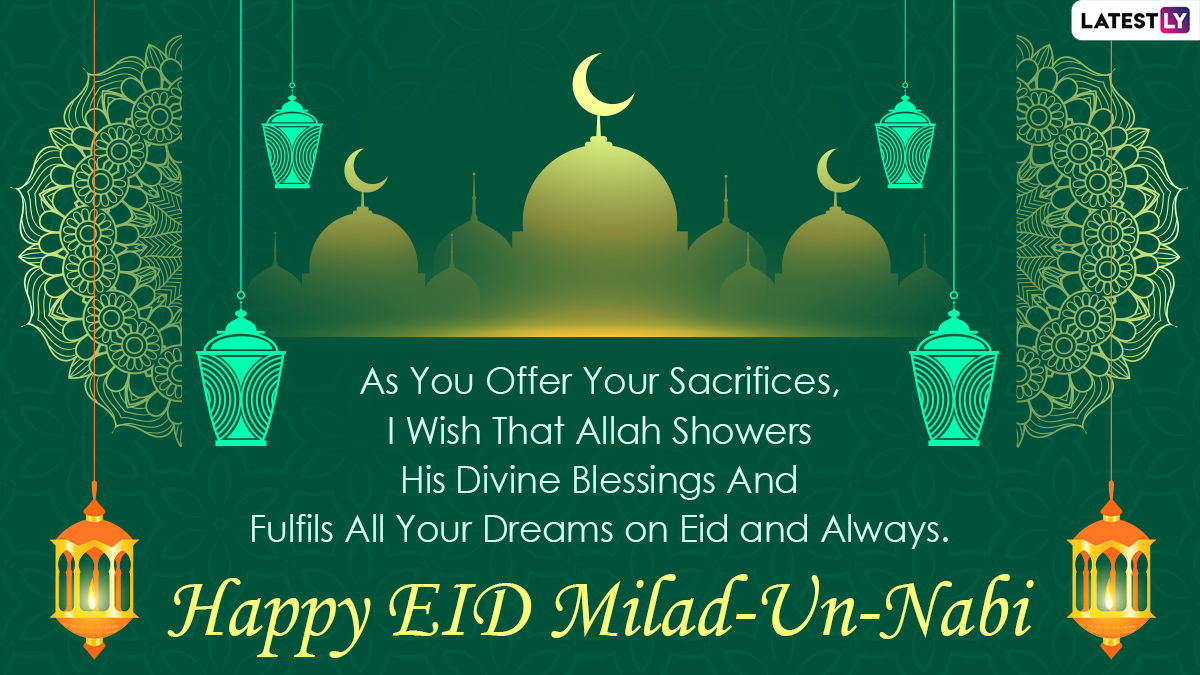 Message Reads:  As You Offer Your Sacrifices, I Wish That Allah Showers His Divine Blessings And Fulfils All Your Dreams on Eid and Always. Happy EID Milad-Un-Nabi. 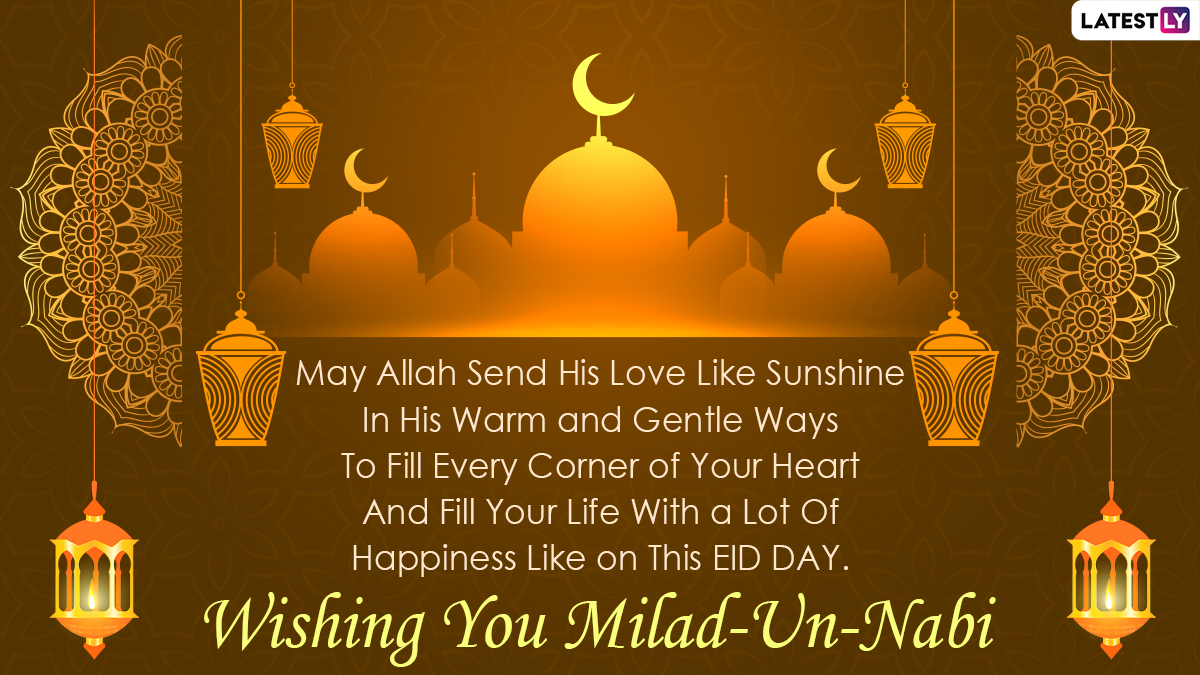 Message Reads:  May Allah Send His Love Like Sunshine In His Warm and Gentle Ways To Fill Every Corner of Your Heart And Fill Your Life With a Lot Of Happiness Like on This EID DAY. Wishing You Milad-Un-Nabi. 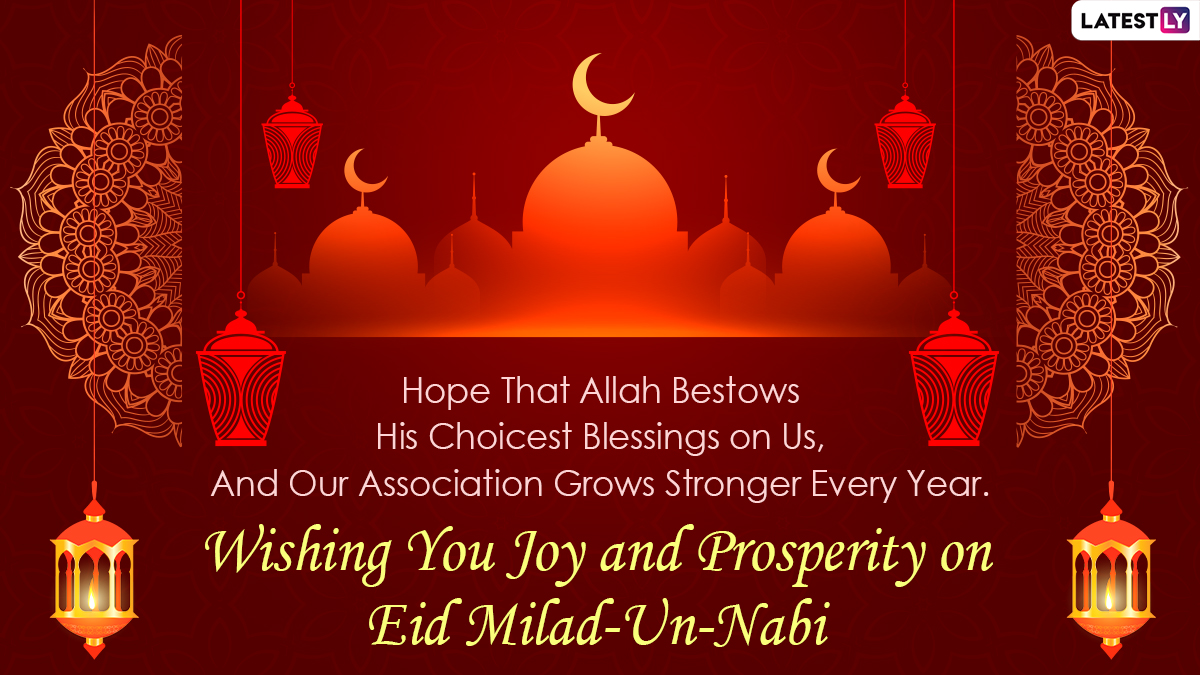 Message Reads:  Hope That Allah Bestows His Choicest Blessings on Us, And Our Association Grows Stronger Every Year. Wishing You Joy and Prosperity on Eid Milad-Un-Nabi. 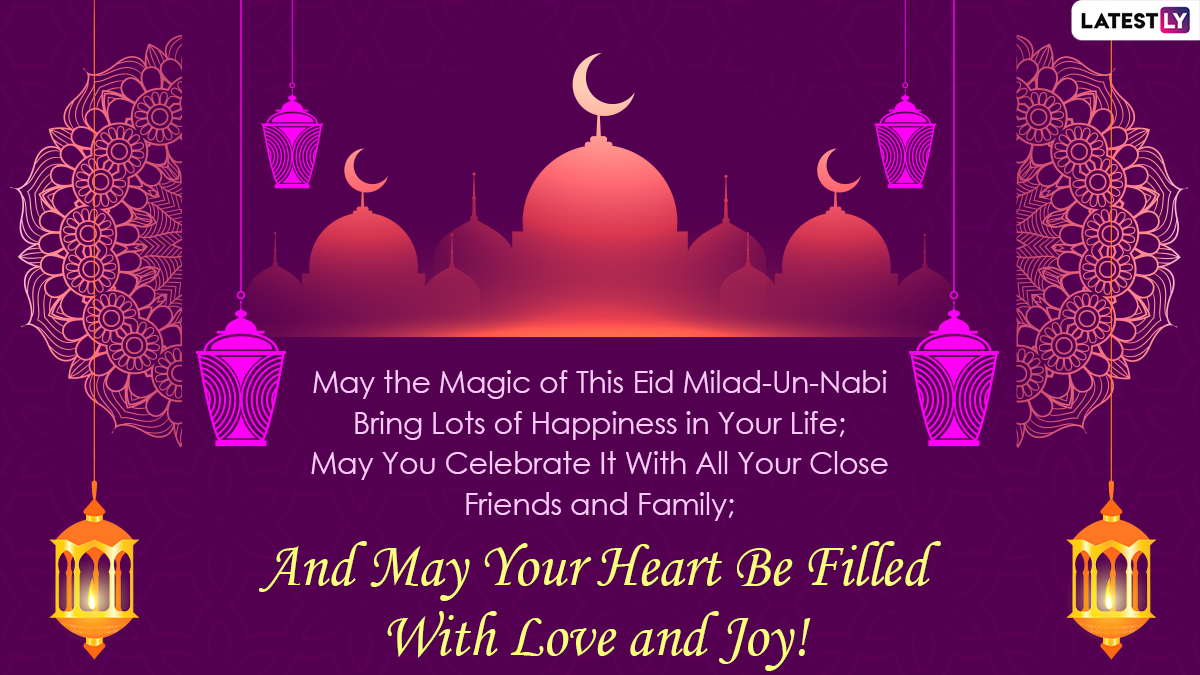 Message Reads: May the Magic of This Eid Milad-Un-Nabi Bring Lots of Happiness in Your Life; May You Celebrate It With All Your Close Friends and Family; And May Your Heart Be Filled With Love and Joy! 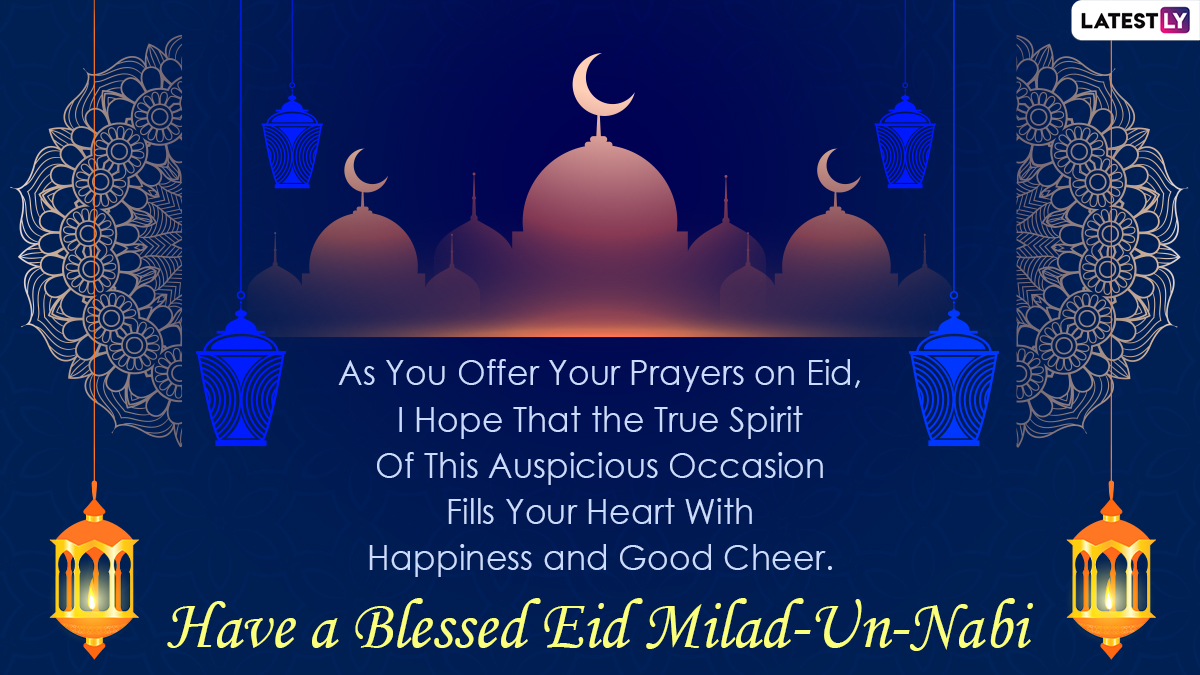 Message Reads:  As You Offer Your Prayers on Eid, I Hope That the True Spirit Of This Auspicious Occasion Fills Your Heart With Happiness and Good Cheer. Have a Blessed Eid Milad-Un-Nabi.

In remembrance of Prophet Muhammad, the last Messenger of God as per Islam, Muslims hold processions, special prayers, and greet each other on Eid Milad-un-Nabi. In some countries Mawlid is celebrated by taking out large processions on the streets and also mosques are decorated with lightings and Islamic flags. Public holiday is observed in many Muslim countries around the world and also in some Non-Muslim countries comprising of large Muslim populations like India. Celebrations on the day of Eid-e-Milad is forbidden in countries like Saudi Arabia and Qatar as they follow Wahabi ideology of Islam.

(The above story first appeared on LatestLY on Oct 30, 2020 06:37 AM IST. For more news and updates on politics, world, sports, entertainment and lifestyle, log on to our website latestly.com).